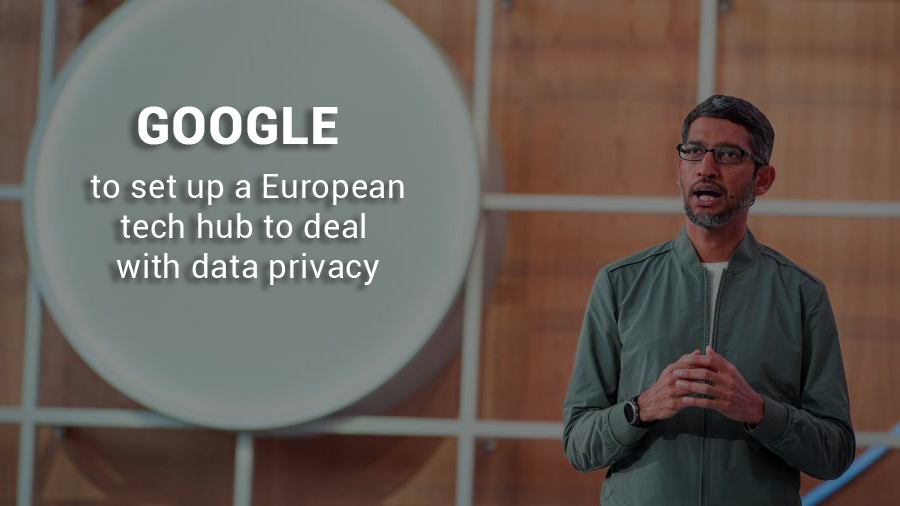 In Germany, Google will double its privacy team experts as Europe seems to ramp up regulation of user and Big Tech data. Sundar Pichai, the CEO of Google, announced that Google would double the number of privacy engineer’s team in Munich to over 200 by the end of 2019. He added that the privacy team would work with global network privacy specialist of Google to build products that used globally.

Pichai said that it is not an accident that they are building their privacy hub in Europe’s heart and a country that in several ways reveals how people of Europe think about online safety, security, and privacy. He said that several products of tech giants had built in Munich, like Google Account, where users can manage their privacy settings relates to the Google products.

Pichai added that it is a significant milestone in its investments in Europe. Since 2007, they grow in Munich to over 750 people, hailing from more significant than sixty countries. Expansion of this year will take them beyond one thousand employees for the first time, making the office a real universal hub not only for privacy engineers but also for product and research development.

Furthermore, Google also declared a ten million euro about $11.24 million funds to support universities, non-profits and other groups working throughout Europe on a range of safety issues of the internet from keeping young generation safe online to addressing hate crimes. The move initiates big technology companies like Facebook face intensified scrutiny across the world, with Europe becoming a most challenging market of giants of tech when it comes to increasing regulation.

GDPR (Europe’s General Data Protection Regulation) that established in May 2018 gave its users the legal rights to manage how much of their information tech giants like, Google, Facebook, and Apple can store. Rules breaches could see firms fined to over four percent of their global turnover or up to twenty million euros. Worldwide governments also have clamped down on internet organizations when it stands for the safety of the user.

US signed a historic agreement with Taliban