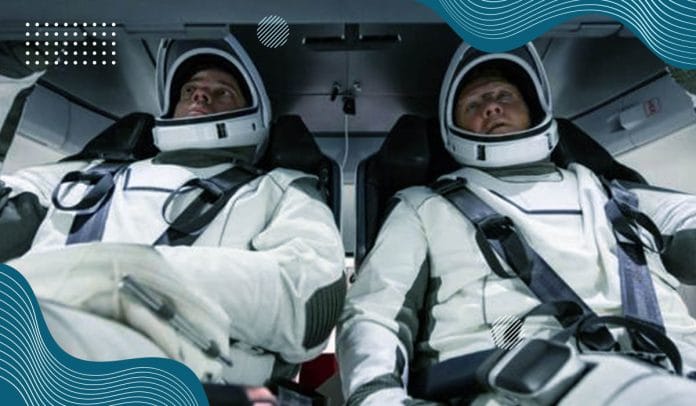 According to the space agency, Douglas Hurley and Robert Behnken, the first-ever astronauts of NASA to travel into orbit aboard a commercially developed spacecraft, aimed to return on 2nd August. The administrator of NASA, Jim Bridenstine, tweeted on Friday that the final time and date of their return will be determined according to the weather.

NEWS: We’re targeting an Aug. 1 departure of @SpaceX‘s Dragon Endeavour spacecraft from the @Space_Station to bring @AstroBehnken and @Astro_Doug home after their historic #LaunchAmerica mission. Splashdown is targeted for Aug. 2. Weather will drive the actual date. Stay tuned. pic.twitter.com/VOCV51gzLi

On 30th May, millions of people live watched that Hurley and Behnken strapped into a SpaceX Crew Dragon capsule, initiating their several months-long mission to the International Space Station (ISS). Furthermore, it signalized for the first time in almost a decade that humans traveled to the ISS from the United States soil and the first crewed mission for SpaceX in its eighteen-year history.

Hurley and Behnken spent the last two months aboard the International Space Station alongside Christopher Cassidy, the NASA astronaut and Anatoli Ivanishin & Ivan Vagner, the Russian cosmonauts, who formerly flown to the orbiting laboratory aboard Soyuz, a Russian-built spacecraft.

The task of NASA astronauts

The astronauts of NASA conduct spacewalks to monitor and upgrade the hardware of the space station and handle scientific experiments intended for the microgravity environment onboard the station. They also shared images captured from an observing module aboard the ISS, which orbited the Earth as well as hosted crews of astronauts from across the world for almost twenty years.

Behnken tweeted from the space station about his experience. He expressed his pleasure for his children with words that pretty cool to have a whole kindergarten class with him. Also, he hopes to meet all of them at Robinson Elementary when it is safe for school and children to reopen in session.

Hello from @Space_Station, @RobRangers! Ms. Boyd’s class put this together. Pretty cool to have a whole kindergarten class up here with us! Looking forward to seeing you all back at Robinson Elementary when it’s safe and smart for school to get back in session. pic.twitter.com/T5yuRtdrUz

America is one of the primary operators of the space station. At the same time, the country has not the ability to launch its own astronauts to the International Space Station since 2011. When the Space Shuttle program ended. Since then, the astronauts of NASA used to travel Russian and used the Soyuz spacecraft of Russia. It cost the United States to more than $90 million each.

SpaceX worked for around ten years to create its own Shuttle replacement under a $2.6 billion agreement with the National Aeronautics and Space Administration. Taxpayers largely funded the program, with the help of which SpaceX designed its own Crew Dragon capsules as well as the associated Falcon 9 rockets that they fly abroad.

NASA will serve as a customer of SpaceX, purchase seats for astronauts as per according to the need. Moreover, allow the firm to sign up its own passengers, including scientists, movie stars, and even tourists for future missions.

The Journey of astronauts to return Home is very Perilous

The Hurley and Behnken started their journey in May, and it won’t consider as a successful mission until they return safely to Earth. And the journey home will be only as dangerous as the ride to orbit. It may also allow the astronauts to board their spacecraft on 1st August and spend twenty-four hours slowly descending toward Earth. The next very day, the Crew Dragon will slice back through the thick atmosphere of Earth and deploy their parachutes to pad their landing in the Atlantic Ocean.

If all this done successfully, the Crew Dragon capsule of SpaceX could officially certify for human spaceflight missions. The decision of NASA to set a target return date is an indication that SpaceX is on the right track to having a 2nd Crew Dragon ready to launch the first operational crew mission such as Crew-1 this fall. However, that mission scheduled to take three astronauts of NASA – Shannon Walker, Michael Hopkins, and Victor Glover – and one astronaut Soichi Noguchi with the Japanese space agency, to the International Space Station.