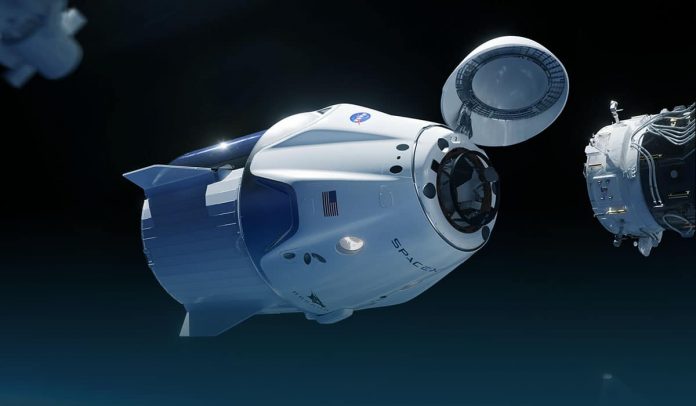 Astronauts Douglas Hurley and Robert Behnken successfully get off the SpaceX Crew Dragon spacecraft and go to the International Space Station (ISS). The Crew Dragon capsule of SpaceX entered the space station at 10:16 a.m. ET on Sunday morning after starting its journey from Kennedy Space Center of Florida on Saturday and travel around nineteen hours.

This is the first time in human history @NASA_Astronauts have entered the @Space_Station from a commercially-made spacecraft. @AstroBehnken and @Astro_Doug have finally arrived to the orbiting laboratory in @SpaceX‘s Dragon Endeavour spacecraft. pic.twitter.com/3t9Ogtpik4

After making primary contact with the International Space Station, Crew Dragon proceeds through a series of moves to more mate the space capsule with its port – including connecting strength and creating an air-locked seal – before the opening of the first two hatches. Hurley and Behnken expected to remain with the spacecraft at the space station for around one to three months or a maximum of one hundred and ten days.

On Sunday morning, the capsule made a careful entrance to ISS and afterward made a soft capture (first physical contact of Crew Dragon with its docking port at the space station). Later, Crew Dragon made a hard capture that involved using twelve latches to create an air-locked seal between Hurley and Behnken crew cabin as well as their entrance to the ISS and connected up the power supply of Crew Dragon to the International Space Station.

The administrator adds that the country is so proud of the astronauts what they are doing for the nation, and in reality, to inspire the rest of the world. On the question about the nineteen-hour journey of the cosmonauts towards the space station, Hurley responded that he might not be happy about the performance of Crew Dragon of SpaceX. The astronauts were only able to sleep for a few hours, share their meals with each other and use the toilet on spacecraft during their journey,

Endeavor, the name of the Crew Dragon

Astronauts Douglas Hurley and Robert Behnken gave a tour of their spacecraft using cameras, whereas the spaceship was making its way toward ISS on Saturday evening. Also, they announced the name of the spaceship as Endeavour.

In this video from space, @AstroBehnken and @Astro_Doug reveal the name of their capsule: Endeavour. Take a look inside as the crew continues their journey to the @Space_Station: https://t.co/K9S5mejONx pic.twitter.com/mvH8UhE5FW

According to Hurley at SpaceX and NASA webcast, the astronauts picked that name because of some reason. On one side, the name tributes the years-long effort that was returning human spaceflight to the U.S. after the Space capsule gives up in 2011 from its duties. Moreover, it honors the long-term friendship of Behnken and Hurley along with their histories with NASA. Both these cosmonauts started their space travel careers with missions abroad the Space Shuttle Endeavour. The Namesake of the spacecraft in the 18th century commanded by James Cook, the English explorer – whereas the British spelling of “Endeavour.” 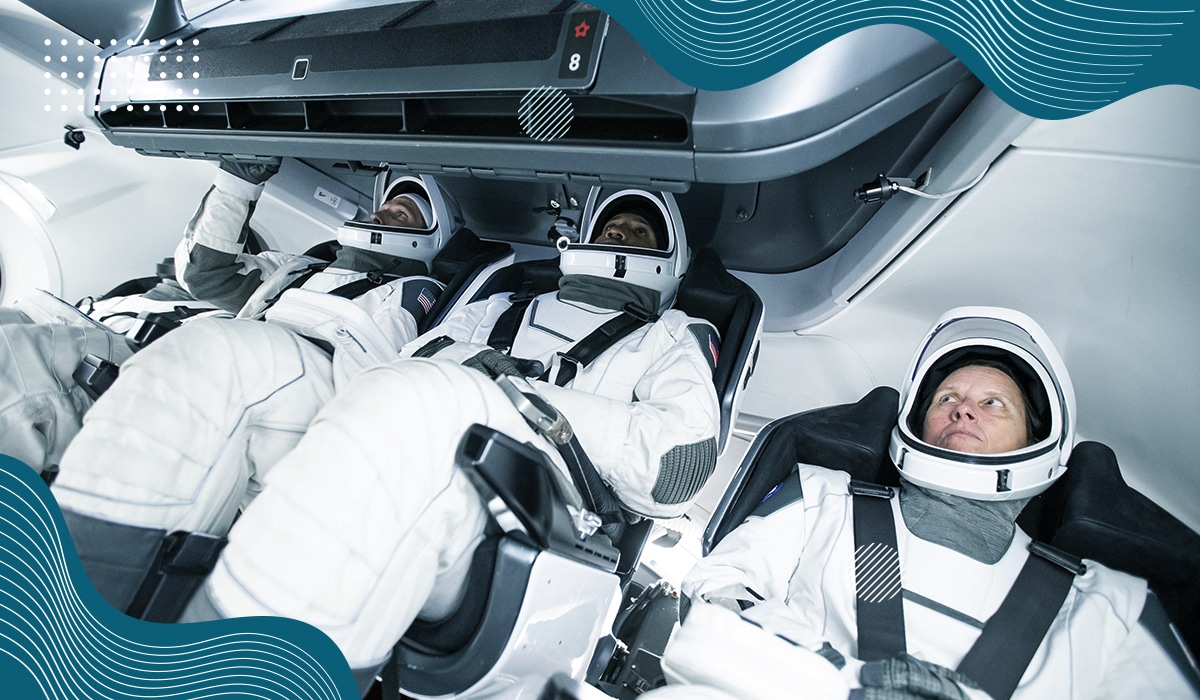 A Sparkly Dinosaur on board

SpaceX and NASA already unveil that some special artworks were aboard Crew Dragon with the astronauts. However, live stream viewers also spotted a glittery dinosaur toy on board with Behnken and Hurley as well. The astronauts shared all about their visit from orbit on Saturday. Both of these mission members have young sons, and both are big fans of dinosaurs, so the astronauts allowed them to vote on which of their toys would stow away on this mission. The selection was pink and blue.

Elon made a few copies of it so other kids (& adults, lol) could have one too. Sold out fast on SpaceX store 😉🦕

Two significant milestones of the Mission

The astronauts and the Crew Dragon now made it through two key milestones – launch and docking – deprived of meeting any major issues. That will be a big win for SpaceX, which was working toward this goal since its foundation in 2002. It’s also a moment of celebration for the National Aeronautics and Space Administration that made the contentious decision to request the private sector to design spacecraft for transportation to the International Space Station after the Space Shuttle program retired in 2011.

A successful flight will mark a milestone in the quest to produce reusable spacecraft that can make space travel more affordable. #LaunchAmerica #CrewDragonhttps://t.co/3wtpDtmqRl

NASA made a prolonged partnership with the private sector, but it never handed over the design before it, testing and development of a human-rated spaceship to a commercial firm. After some delays, some political roadblocks and development hitches, a successful primary launch of astronauts will spot a massive win for folks within NASA who hope to continue using additional extensive commercial contracts. That includes for ambitions of the space agency to put astronauts on the moon in 2024.