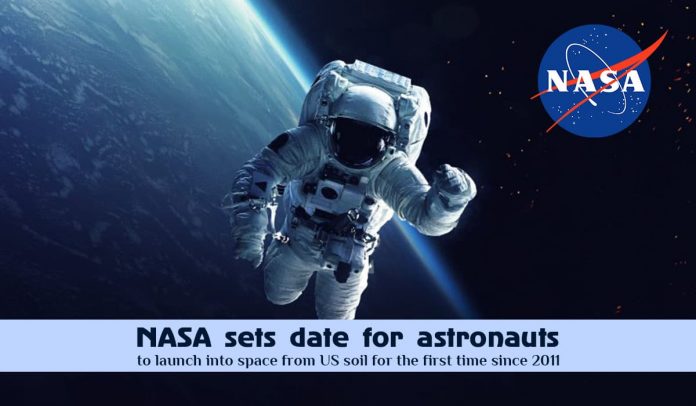 The National Aeronautics and Space Administration (NASA) announced to launch American astronauts into space next month from the United States soil for the first time since 2011. According to the U.S. space agency, astronauts Bob Behnken and Doug Hurley will go with the space flight. The agency announced 27th May 2020 for the journey to launch. The astronauts will transport to the International Space Station (ISS) with the help of a SpaceX Crew Dragon spacecraft. Whereas, a SpaceX Falcon 9 rocket will launch the spacecraft into space.

On Friday, Jim Bridenstine, the Administrator of NASA, tweeted on 27th May, 2019 that NASA would once more launch U.S. astronauts on U.S. rockets from the U.S. soil. With the help of their SpaceX partners, they will launch Astro Behnken and Astro Doug to the Space Station on the Crew Dragon capsule on a Falcon 9 rocket.

BREAKING: On May 27, @NASA will once again launch American astronauts on American rockets from American soil! With our @SpaceX partners, @Astro_Doug and @AstroBehnken will launch to the @Space_Station on the #CrewDragon spacecraft atop a Falcon 9 rocket. Let’s #LaunchAmerica 🇺🇸 pic.twitter.com/RINb3mfRWI

The historic 39A Launch Pad

The launch of spaceflight will take place from pad 39A, the historic pad of Kennedy Space Center. In the past, the pad also used for Space Shuttle programs and Apollo. The last U.S. space shuttle mission, STS-135, launched from Kennedy Space Center of NASA on 8th July 2011. Atlantis, the space shuttle carried four astronauts of NASA on the mission to resupply the International Space Station, along with an experiment for refueling satellites in space with the help of robots.

The announcement of NASA comes regardless of the worldwide COVID-19 pandemic that is ravaging the whole world. Mike Pence, the Vice President, vowed at the start of this year that NASA would soon launch astronauts into space from American soil for the first time in around ten years. Pence, the chairman of the U.S. National Space Council, announced on 19th February during a speech at Langley Research Center of NASA in Virginia. 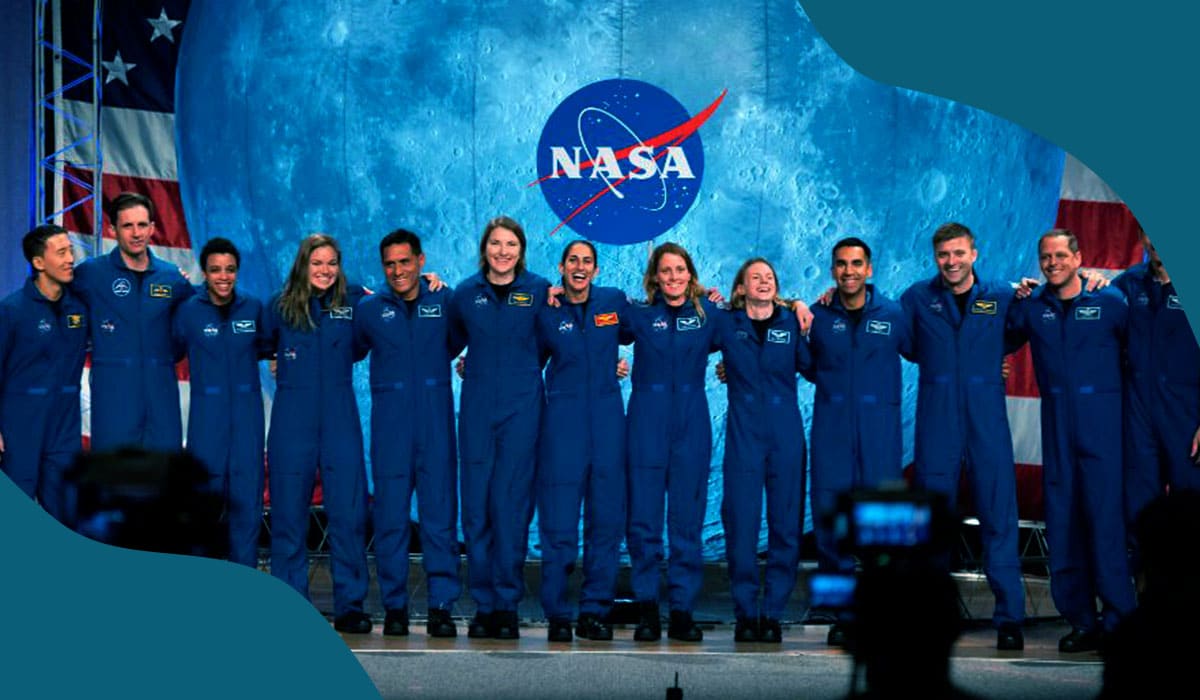 He explained, with the strong support of all the nationals, America will return U.S. astronauts to space on U.S. rockets from the U.S. soil. America is going back and is going back from the United States. Pence also conversed the strategy to put Americans on the moon once again. Artemis program of NASA intends to land U.S. astronauts on the moon by 2024 and found supportable human presence on the natural satellite of Earth.

I’m proud to announce a milestone for our #Artemis program to land the first woman & next man on the Moon by 2024. Today, we awarded a contract to @LockheedMartin for a @NASA_Orion spacecraft production line that will support as many as 12 missions. More: https://t.co/zUhe7CLgvk pic.twitter.com/etBmkx3dp4

After Apollo 11, the spaceflight, Neil Armstrong and Buzz Aldrin landed their foot on the moon on 20th July 1969, only ten more men (all U.S. nationals) walked on the surface of the moon. The last astronaut of NASA to set foot on moon surface was Mission Commander Gene Cernan of Apollo 17 on 14th December 1972. Commercial Crew program of NASA is connecting private space organizations such as United Alliance and SpaceX to support future space exploration of America.