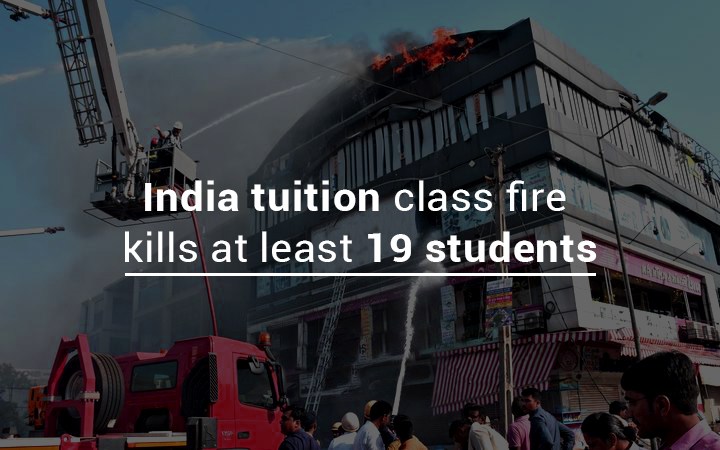 The news officials of India said that there are about 19 students died after a fire in tuition class of a school in India. One can see in the video of the incident that students were jumping and falling from the third & fourth floor of the building in the Surat city. The black smoke was Billowing from the windows of the building.

Many of the victims were teenagers who were taking their tuition classes when an AC socket short-circuit happens, and it catches fire. According to the experts, the reason behind the rapid spread of blaze because of flammable roofing.

On the other hand, there are around twenty students get severe injuries and are going through medical treatment in a hospital in Gujrat.

A local fire official, Deepak Sapthaley said that teenage students lost their lives because of both reasons, the fire and the second one is jumping out from the high building.

It is unfortunate that all the deceased students were below twenty years and several surrounded due to the fire that starts nearby the staircase.

The spokesperson of the Chief Minister of Gujrat Vijay Rupani said that an inquiry ordered into the incident and asked the report within the next three working days. In February 2019, about seventeen people died in a fire at Delhi hotel.

Its a wish of North Korea to denuclearize but wants Security...

Argentina executes currency controls after its crisis of economic extends