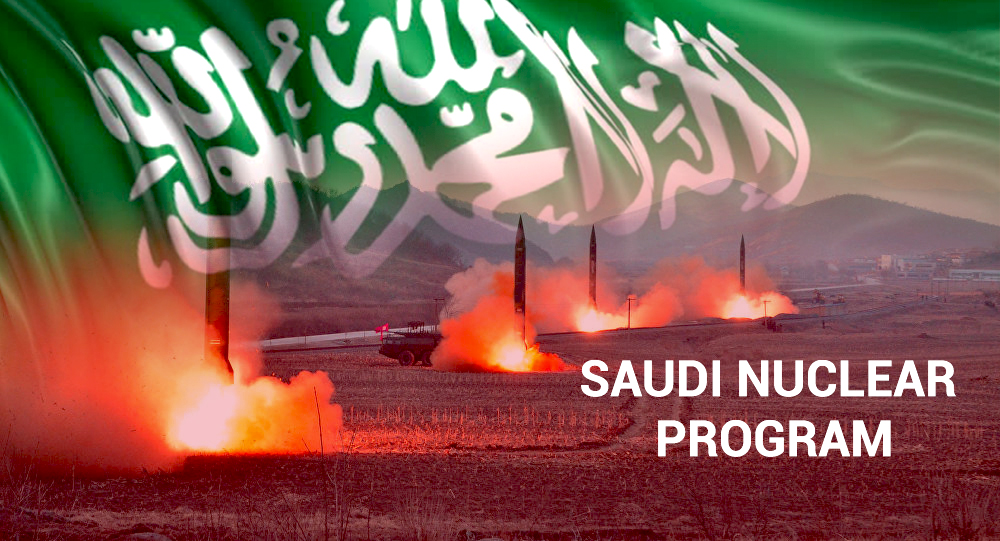 After the Trump administration’s permission to Saudis to start their nuclear program, it starts debates in a fury in Tehran and the United States Congress. Robert Kelley, the former director inspections of nuclear at (IAEA) the International Atomic Energy Agency said that the images from the satellite showed that the construction of the experimental reactor is in progress just after the announcement from the Kingdom to build it. And according to his estimation, the development of the reactor could finish in nine to twelve months. The Kingdom of Saudi Arabia started its nuclear program with the coordination of IAEA. A team of International Atomic Energy Agency visited KSA last July to verify their building plans. Their officials repeatedly assured that the nuclear program of Kingdom is peaceful.

However, last year the Crown Prince of Saudi Arabia Mohammad bin Salman stated that without any doubt if Iran makes a nuclear bomb than they will follow them as immediately as possible. It is also raising worries in the industry experts and few in Congress is the insistence of Saudi that they should permit to produce their own nuclear fuel instead of importing it under strict terms. Energy Minister of Saudi Arabia Khalid al Falih gave an interview last year and said that it is not natural for them to take enriched uranium from a foreign country to fuel their reactors while quoting the uranium reserves of the country.

Saudi Arabia disclosed their nuclear ambitions public nine years ago, whereas, the plans went into overdrive as part of the Vision 2030 of Crown Prince. It is a strategy to prevent KSA from its dependence on oil and expand both the energy mix and the economy. Already country consumes around one-quarter of its own production of oil, and the output is expecting to remain stable roughly even as energy demand expected to three times by 2030. Therefore, the blueprint for Vision 2030 contains wind and solar power along with the nuclear program in a try to fulfill one-third of the energy-needs from non-oil resources. By the year 2040 Saudi Arabia have visions of seventeen gigawatts of nuclear capacity, and that is sufficient to fulfill fifteen percent of its power needs.

On the other side, former director for nuclear inspections, Robert Kelley stated that the nuclear reactor of Saudi Arabia actually designed to train the scientists. Kelley said that the experimental reactor is in the process of construction at city King Abdulaziz for Science & Technology that aimed to train scientists. Furthermore, he also said that the reactor is equal to the size of a wastebasket and it has not any strategic significance. It would take about a hundred years to process enough plutonium to make a nuclear weapon.

After this phase, the officials of KSA planned to build two commercial reactors, and they are finding the contractors to construct. Kingdom of Saudi Arabia also signed the contracts with National Nuclear Corporation of China for discovering the reserves of the uranium in the Kingdom.