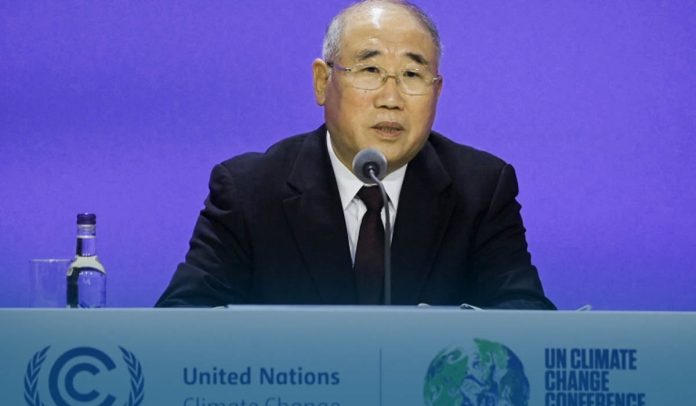 In a surprise proclamation at the COP26 Climate Summit in Glasgow, Scotland, the United States of America and China, the two largest carbon dioxide (CO2) emitters in the world, have agreed to strengthen co-operation fighting climate change, including steps on a range of subjects including methane emissions, protecting forests, the transition to clean energy, and phasing out coal.

In a joint statement declared at the U.N. Climate Change Conference by John Kerry, the United States climate envoy, and his Chinese counterpart Xie Zhenhua, in Scotland, the two said they had agreed to intensify efforts to combat flight change with solid actions.

Antonio Guterres, Secretary-General of the United Nations, said the China-US initiative was a crucial step in the battle against climate change.

I welcome today’s agreement between China and the USA to work together to take more ambitious #ClimateAction in this decade.

Tackling the climate crisis requires international collaboration and solidarity, and this is an important step in the right direction. #COP26

The declaration says both countries would recall their strong commitment to work together to attain the 1.5 oC temperature target set out in the 2015 Paris Accord. Moreover, both called for increased efforts to close the notable difference that remains to achieve that goal.

Xie Zhenhua said in declaring the deal on Wednesday the two nations recognize that there is a significant gap between the current efforts and the Paris Climate Accord targets so, they’d jointly reinforce climate action.

Moreover, Xie said that the agreement would involve firm plans for improved actions now, and the two countries were to collaborate on the finalization of the 2015 Paris deal rule-book at the COP26 conference in Scotland. The Paris Accord commits countries to work toward limiting global warming to 1.5 oC – 2 oC through sweeping emissions decreases.

In addition, Xie stated that America and China had carried out thirty over recent ten months to emerge with the proposal, as the two world powers have to take on the responsibility to co-operate with other parties in addressing climate change. China and the US together account for around forty percent of total carbon-pollution.

Chinese leader Xi Jinping isn’t attending the U.N. meeting physically. Instead, the recent week he delivered a written declaration to the opening section of the climate summit when leaders typically give speeches. In it, Xi offered no additional vows while encouraging countries to keep their words and strengthen joint trust and cooperation. Moreover, Xi vowed at the United Nations General Assembly in Sept. 2021 that China would attain carbon neutrality before 2060.

Over a hundred nations, but not China, signed a promise last week to reduce methane emissions by at least 30% by 2030.

Climate Change Ambassador of France and Special Representative for the 2015 COP21 Climate Change Conference in Paris, France, and the main architect of the resulting Paris Accord, Laurence Tubiana, said the China-US announcement shows that both nations could co-operate to address the climate disaster.