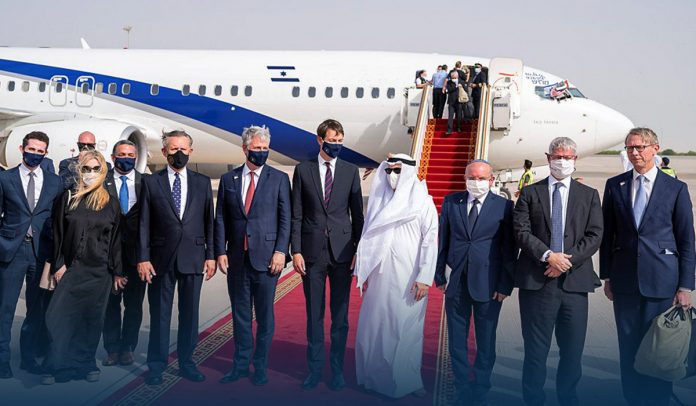 On Friday, the White House Press Secretary, Jen Psaki, said in a briefing that Israel’s delegation to Washington would not change America’s position on rejoining the 2015 nuclear agreement with Iran.

A high-level Israeli delegation made a trip to Washington on Monday to voice objection to the United States’ return to the Iran nuclear accord but not to hold talks on the details. It was headed by Meir Ben-Shabbat, National Security Adviser, and Yossi Cohen, Mossad Chief.

White House Press Secretary said ‘No’ when asked whether the visit would impact the government’s position on rejoining the agreement.

Jen Psaki expanded on the indirect discussions with Iran, saying that while the White House knew they would be challenging, they’re encouraged that there are still discussions between all parties and that they’re still happening.

Psaki added that as it relates to Israel, the U.S. has kept them well-informed, as a critical partner of these negotiations, of American intentions, and the U.S. would continue to do that on any future official visit.

On April 23, an Israeli official said that last week, Israeli PM Benjamin Netanyahu emphasized in a meeting with the delegation that Israel isn’t a party in the nuclear deal with Tehran and not committed to it, clarifying that the State of Israel is committed to its security interests only and would act accordingly.

IDF Chief of Staff canceled his contribution in the delegation

The official stated the instructions to the senior security authorities that were flying to Washington for discussions is to present Israel’s opposition to the deal in Iran and not to negotiate over it because they are talking about a return to the previous accord that is dangerous for Israel and even for the region.

The official added that if in the future there are serious contacts on Iran’s part over an updated nuclear promise, Israel will state its position on the characteristics and content that such a deal should have.

Aviv Kohavi, Israeli Defense Forces Chief of General Staff, has canceled his part in the delegation because of a security flare-up in Jerusalem and in Gaza.

The rest of the delegation postponed the visit by a day after thirty-six rockets were fired at Israel on Friday night (April 23) from the Gaza Strip, and clashes between Security Forces of Israeli and Palestinians in the West Bank and Jerusalem escalated over the weekend.

Israel is usually concerned that America is rushing too quickly to return to the 2015 nuclear accord, formally known as the JCPOA (Joint Comprehensive Plan of Action), and is ignoring the concerns of Israel and other Middle Eastern nations, particularly those in the Gulf.

The United States and Israel set up a strategic group, which last convened on 13th April, to coordinate their strains to prevent Iran from obtaining nuclear weapons. The group is led by Jake Sullivan and his Israeli counterpart, Meir Ben-Shabbat.

Kan News reported early last week that Israel was lobbying America to push for improved international oversight of Iran’s atomic program, having concluded there wouldn’t be significant changes to the agreement but looking to slightly improve the pact terms, which is being negotiated in Vienna, with Europeans acting as intermediaries between Tehran and Washington.

On April 20, Iranian President Hassan Rouhani said that 60-70% of the issues had been resolved in Vienna.

Earlier April 2021, European powers uttered grave concern over Tehran’s move to boost uranium enrichment to 60 percentin response to what Iran says was an attack by Israel against the key Natanz nuclear facility.

The step will bring Tehran closer to the 90 percent purity threshold for military use and shorten its potential ‘breakout time’ to build a nuclear bomb, a goal the Islamic Republic of Iran denies.

The U.S. State Department’s spokesman indicated that Washington DC was backing down from a critical pre-requisite for its return to the agreement.

The Joe Biden government had repeatedly said that it would only return to the nuclear accord if Tehran first returns to compliance. Last week, however, Ned Price, State Department’s Spokesperson, said at a press conference that Washington would only need to be sure that Tehran intended to return to compliance.

Criticizers of the agreement have long denounced the accord’s so-called ‘sunset clauses,’ prohibitions on certain atomic activities that end after several years. Though the deal technically prohibits Tehran from ever developing a nuclear warhead, detractors of the deal say these clauses would permit Iran to do so with impunity once the sanctions against the regime end.

The accord is also narrowly focused solely on the nuclear issue, ignoring Tehran’s development of atomic-capable ballistic missiles that can reach the Israeli state and parts of Europe and its continued funding and support of Hezbollah.