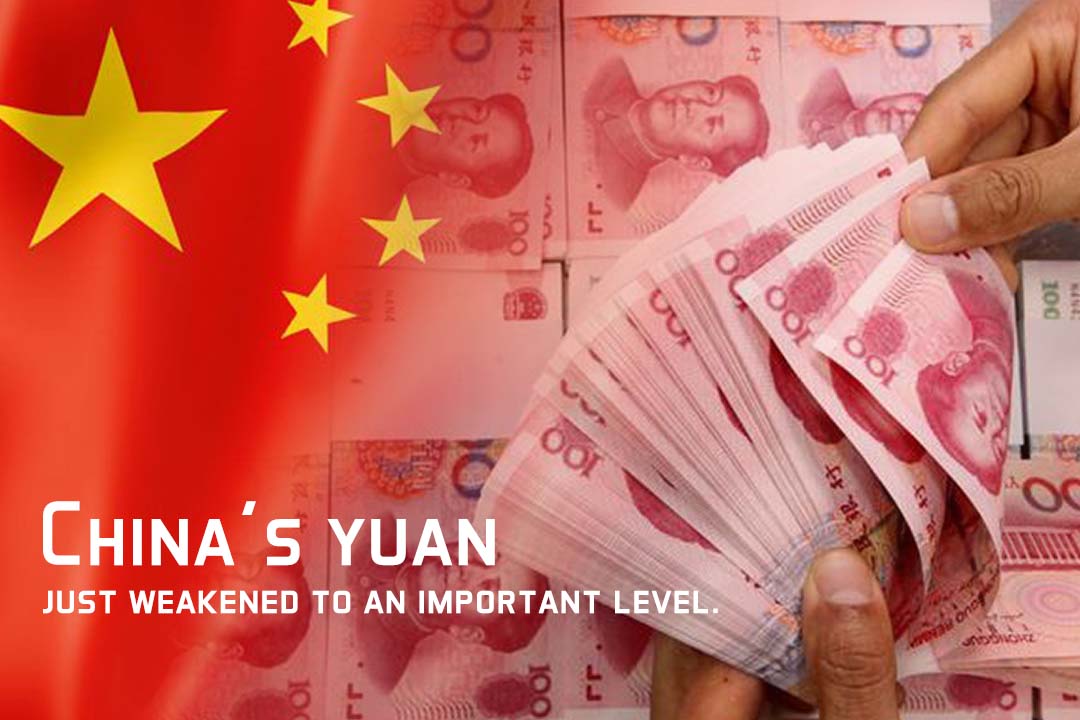 According to Reuters, the currency of China last breached the level seven against the dollar during the worldwide 2008 financial crisis. Whereas, the noticeable drop in the Chinese currency seen after the President of the United States Donald Trump announced new tariffs on billions dollars’ worth of goods on Chinese products during the last week that will apply from the September 1 of this year.

Co-head of Asia rates, Claudio Piron expresses that he thinks it is clearly an act of revenge that in the past Beijing avoids to do. The foreign ministry of China responded to Trump’s move and said that China has no intentions to make a trade war with the United States. But if needed to do so, they are not afraid of the war. Both the U.S. and China stuck in the trade war for more than a year, and they imposed tariffs on each other’s goods having worth of billions of dollars. The prolonged dispute shakes the fiscal market and shakes the worldwide economy very badly.

The Weakest of Level of Yuan since December 2018

The Reuters told that the central bank of China set the midpoint of yuan at 6.9225 against the U.S. dollar on Monday and it is the weakest level of yuan since December 2018. Piron told that yuan’s midpoint fixing by the Chinese People’s Bank probably took the currency of China at a lower level.

He added the move of midpoint fixing considerably over 6.9 reflects China wants to be in control of the current situation. The Central Bank of China gives its statement on Monday that its administration has a self-assurance that they are able to maintain the stability of yuan. On the official website, Central Bank stated that it mainly attributed the harms in the yuan to trade tariffs and protectionism on goods on China.

What is the Future of Yuan?

Professional economist advised the investors, in general, to wait and keep an eye on the further developments on the movements of Chinese yuan. The worldwide chief economist at Standard Chartered Bank, David Mann told that on the assumption that it is a one-off and everybody take it as credible that is fine. Formerly Trump blamed China that it is manipulating its currency and his administration refrained from tagging China as a currency manipulator.