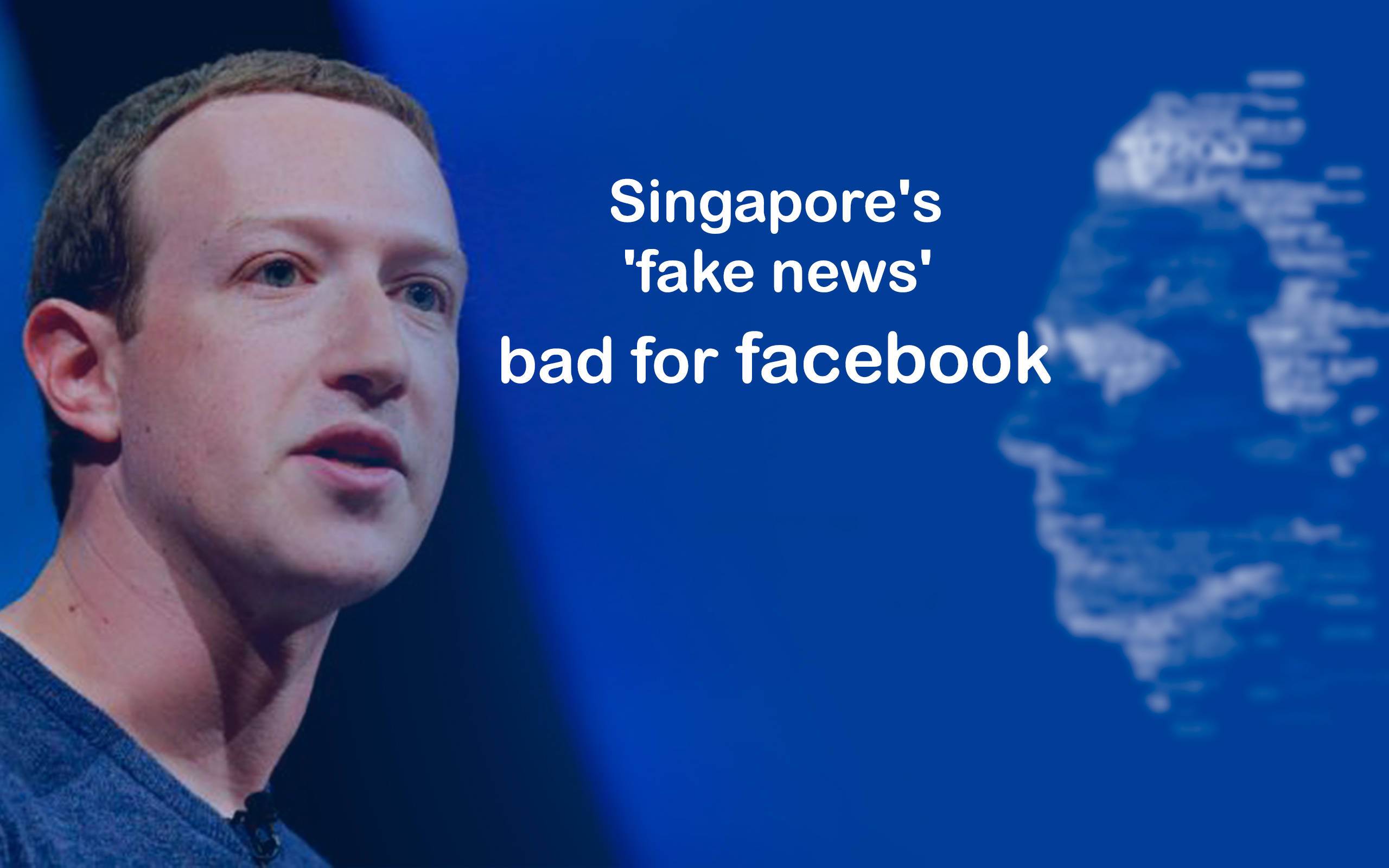 The CEO of Facebook, Mark Zuckerberg stated that he always welcome new regulations of giant tech; however, he doesn’t mean like this. A new bill passed in Singapore targeting the social media groups with hefty fines if they don’t meet the terms of the censorship orders. Under the prevention from Online Manipulation Bill and Falsehoods, it will be unlawful in Singapore to spread false statements of facts. Because that false information is prejudicial to the Singapore security, public tranquility, and public safety or it may also damage Singapore’s friendly relations with other countries.

If any individual found guilty of doing the contravening act, he can face fines about 50,000 Singapore dollars (above $36,000) or, and, around five years in prison. Moreover, if the fake news posted through an inauthentic online account or operated by a bot, it will face fine that increases to 1000,000 Singapore dollars (about $73,000) or, and, about ten years in prison. On the other hand, if the big tech giants like Twitter, Facebook, and others found guilty of spreading or posting ‘fake news,’ they can face fines around 1 million Singapore Dollars (about $735,000).

If we put an eye on the history of the freedom of Press in Singapore, it is clear that the country has a poor record in this area. Watchdog Reporters released a recent ranking of the world countries without borders on press freedom, Singapore stands on 151 positions from 180 overall countries amongst the country’s worst positions that consider a democrat state. Deputy Director of Human Rights Watch Asia, Phil Robertson spoke that he was expecting that the new bill that comes before the elections will use for the political purposes. Furthermore, he said that the government of Singapore has an extensive history of calling everything they disagree with as misleading and false.

Lee Hsien Loong, the Prime Minister of Singapore, supported the bill and is about to pass the dominated ruling-party in Parliament. Also, it will raise serious questions for international media and tech companies which considered Singapore their home like Google, BBC, and Facebook, as they have their Asia headquarters there. On the other side, CNN has not any journalistic place in Singapore, whereas, WarnerMedia, the parent company of CNN has its offices in the city. Simon Milner, the director of Facebook of public policy for Asia-Pacific, stated that though the company supported in principle regulation on the dispersion of online fake news. So, it had worried at the granting of the law of broad controls to the executive branch of Singapore to force them for content removal they consider to be false and forward the notification of the government to the users.