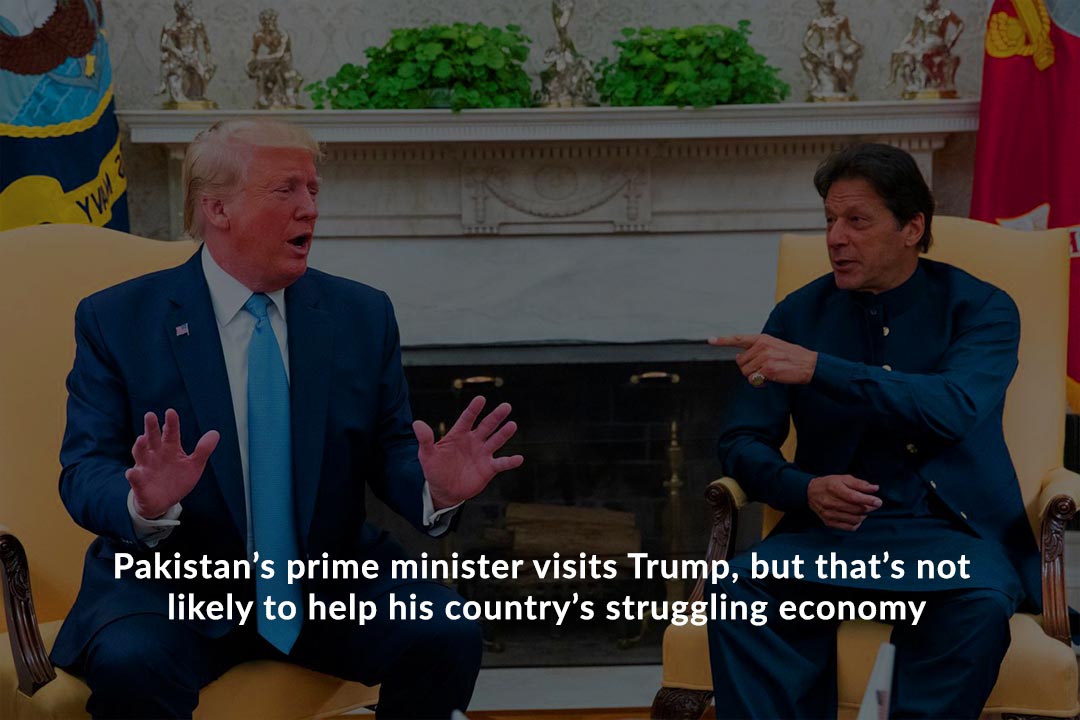 Imran Khan, the Pakistani Prime Minister, is on three days visit to the United States to remove the tensions between the two states. However, a political analyst of the U.S., Michael Kugelman expressed that Imran Khan Meetup with Donald Trump might not helpful for the struggling economy of Pakistan.

Pakistan is already facing structural problems which are restricting its growth as well as the economy of Pakistan is badly bury under the external debt. The government of Imran Khan took a loan of billions of dollars from the states like Saudi Arabia and China to run the country’s economy.

In recent days, the International Monetary Fund approved a loan package of $6 billion to support the economy of Pakistan. However, the IMF predicted that in the present fiscal year, the growth set to low at 2.4% from 5.5% in the past year that ended June 2018.

Senior associate and deputy director for South Asia at the United States-based Wilson Center, Michael Kugelman stated that he thought that among many other requests that Pakistani Prime Minister and his other senior officials asked Trump, one was a wish to take support from the United States for the economy of Pakistan.

Furthermore, he said that rather than financial help to Pakistan, Washington needs to address some other essential issues in bilateral dialogue such as counter-terrorism and Afghanistan. On the other hand, Kugelman said that the United States is trying to make the active economic and trade collaboration with Pakistan if they cooperate with the peace talks in Afghanistan and make more efforts against terrorism.

He said that if anybody read the statement released from White House before the meeting of Imran Khan with Trump, there were a series of comments about Pakistan and the United States trade cooperation increased in the past years. Pakistan’s PM has a chance to look towards the private sector of the United States to bring some support to the economy of Pakistan via new investments, Kugelman added.

The relationship between the United States and Pakistan become stressed. During his meeting with the U.S. President Trump, Khan tries to rebuild the ties between Washington and Islamabad over the prolonged Afghan conflict.

Trump accused Pakistan last year on Twitter that Pakistan is providing a safe place to terrorist and it gave nothing to the United States else lies and deceit whereas it received billions of dollars as an aid during the decade. After that Trump suspended the U.S. aid to Pakistan. However, Pakistan denies all the charges and blames of Trump.

The United States has foolishly given Pakistan more than 33 billion dollars in aid over the last 15 years, and they have given us nothing but lies & deceit, thinking of our leaders as fools. They give safe haven to the terrorists we hunt in Afghanistan, with little help. No more!

After the debate between two leaders at the White House, Trump becomes optimistic that the government of Pakistan could help the United States to end the Afghan conflict. Washington demands more support from Pakistan in the peace process of Afghanistan.