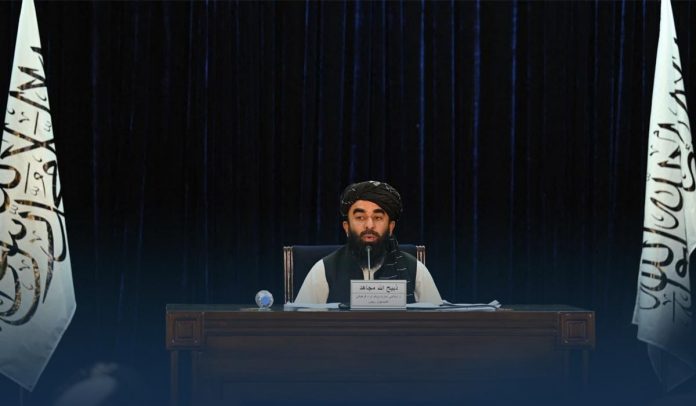 The Afghan Taliban have declared an interim government in the strife-torn Afghanistan, declaring the Central Asian country an ‘Islamic Emirate.’ Taliban filled ministerial posts with militant group veterans. The group who superintended the two-decades war against the America-led army coalition.

No women from the Islamic Republic’s ousted leadership were selected for acting cabinet posts or named to advisory roles, despite the armed group’s pledges of a comprehensive administration and more moderate form of Islamic ruling than when it was previously in power from 1996-2001.

Zabihullah Mujahid, the Taliban spokesman, announced on Tuesday thirty-three members of the Interim government in Afghanistan.

The Afghan Taliban have named Mullah Muhammad Hassan Akhund to lead the new interim administration, about twenty-one days after the fighters gained control of Afghanistan. Hassan Akhund is on the American sanctions list and is the long-time head of Rehbari Shura, the Taliban’s powerful decision-making body.

Mujahid added that the heads of other ministries would be named soon.

The selection conveys a vision that will do little to allay worries among foreign administrations, as the armed group looks for global recognition and extremely needed support. Without access to funds frozen by America and other countries, and also IMF, the war-torn nation experiences a worsening economic and humanitarian condition.

World leaders and lenders are still waiting to observe how the new rulers of Afghanistan would behave towards the opposition, women, and religious minorities.

On Tuesday, Mujahid said at a press conference in Kabul, while declaring the interim government that they represent the whole of Afghanistan, and they talk on the level of the whole of the country, and their struggle was based on the whole of the Islamic Republic. They’re not people of one tribe, neither do they believe in that.

The Afghan Taliban spokesperson said that Afghanistan had earned freedom, stressing that only the Afghans’ will would be applicable in the country. Moreover, after that day no one would be allowed to interfere in the Islamic Republic.

The spokesperson responded to one of the questions that the country would now be called the “Islamic Emirate of Afghanistan.”

When asked about women not being given any posts in the acting government, one of the Taliban seniors told the news outlet that the interim cabinet hadn’t been finalized till now.