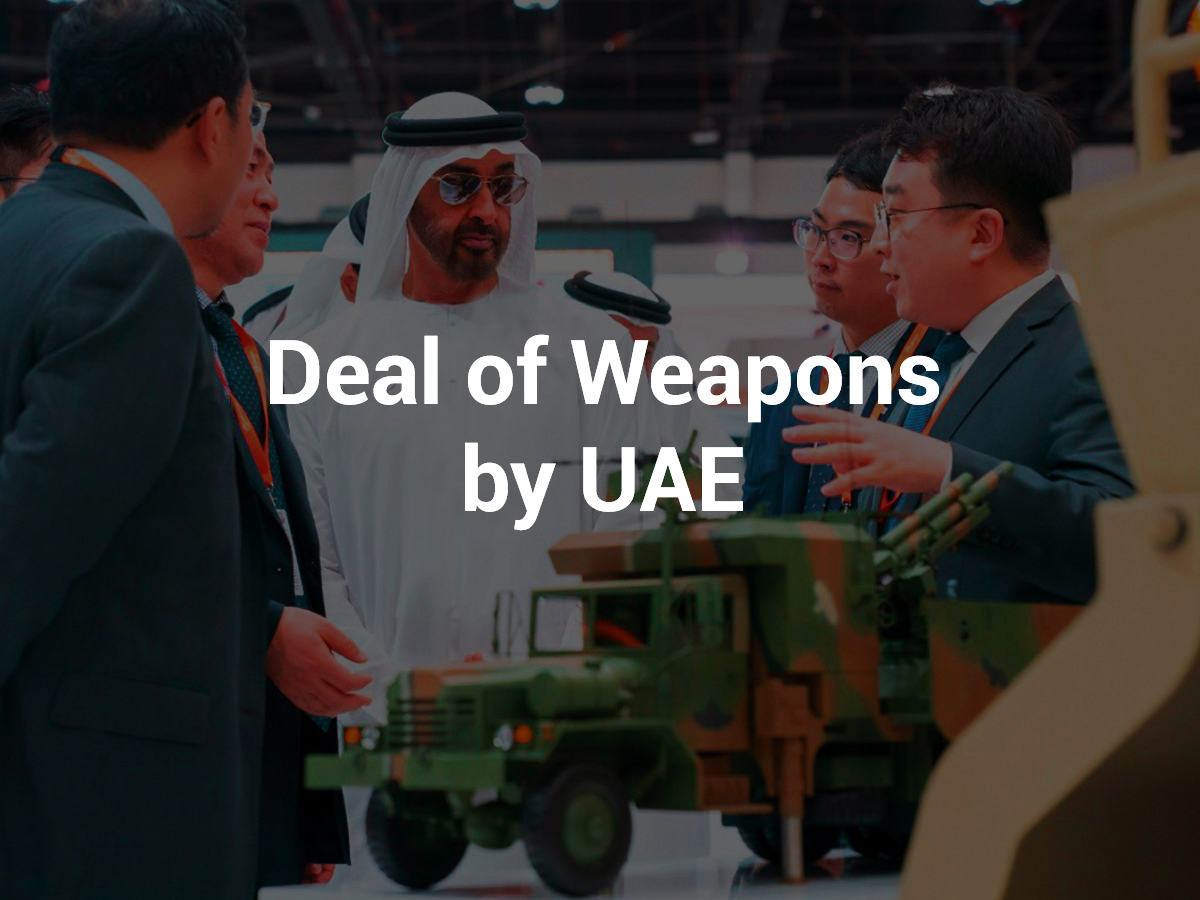 On the inauguration of IDEX 2019, the International Defense Exhibition & Conference, the UAE stated that they are going to make almost $1.3 billion defense deals with domestic and international corporations in Abu Dhabi on Sunday. About thirty-three deals announced including 18 local and 15 with other foreign companies. A spokesperson of IDEX said in a news conference that the overall deal costs about $1.1 billion.

In the international deals, US firms got the maximum share of the sales with a cost of $490 million. Hesco Raytheon and Lockheed Martin were leading the agreements providing innovative radar systems capabilities, defense shelters, and missiles for the UAE military. Furthermore, other sales include Germany’s Rheinmetall Electronics, Australian firm EOS Defense and Thales from France.
On the other hand, the reason to do local deals with eighteen local companies of Gulf countries is to develop a secure defense manufacturing industry to strengthen their economy with defense rather than the oil industry.

The local buying did in a time when defense expending is rising in the Middle East countries. The Gulf arms expenses raised from $82.3 billion in 2013 to $103 billion in the present 2019 year. These are the statistics shared in the HIS Jane’s report on Friday. These figures reveal that the growth rate in expenditures are not going to stop and the HIS forecast spending will hit $110.8 billion in the year.

Senior defense industry analyst HIS Jane’s, Charles Forrester stated in the report that due to the drop in the prices of oil from the year 2014 to 2016, many procurement projects delayed. As a result, the defense usually protected from nastiest of the expenditure cuts because of domestic security concerns, also once again the budgets are growing.

The analytics firm stated that the world’s largest region of arms-importing is the Middle East and it is about twenty percent of the worldwide defense market. And the American companies are doing 50% of the total exports that go to the Middle East region.

The founder of political risk consultancy Eurasia Group, Ian Bremmer told that it is nothing short of the arms race at the regional level. At the Munich Security Conferences, Bremmer gives his statement to CNBC that he thinks there is an arms race trendy in the Middle East Region. It cleared from the last few years that KSA is spending too much on their defense in its budget. While UAE and Iranians are ramping up as well. We are thankful that oil prices get lower due to which spending in terms of arms comes under pressure. It results slowdown in the growth forecast for the North Africa region and the whole Middle East.

Pentagon officials credited the UAE as top region wise ally to the United States in the battle against terrorist groups because of its part in contesting Al Qaida in Yemen.