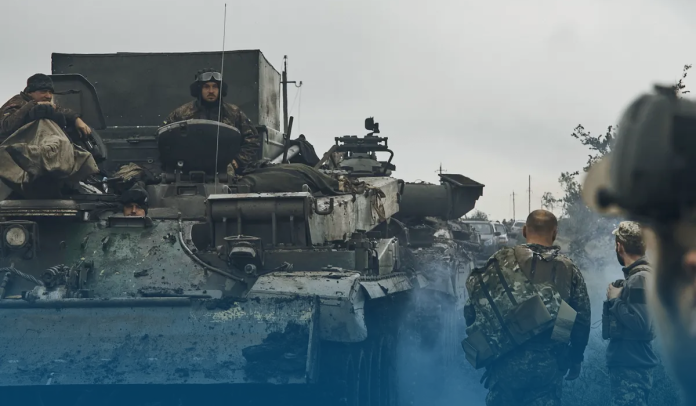 Kuleba’s statement came after the Ukrainian leader again called the West to accelerate weapon supplies as Kyiv troops surged to regain control over a broad swathe of land in the country’s northeastern region. In addition, the Ukrainian Defense official said on Twitter: Disappointing signals from Berlin while Kyiv urgently needs Marder infantry fighting vehicles and Leopard tanks to save innocent civilians from genocide.

Furthermore, Ukraine’s Zelenskyy made a visit to the regained eastern city of Izium, around 75 miles southeast of Kharkiv city. During his trip, the President of Ukraine expressed gratitude to his soldiers who participated in the lightning counter-attack against the invaders. In addition, he oversaw the ceremony of raising the Ukrainian flag and said their blue-yellow flag would fly in every town and village in the country.

According to Kyiv officials, their Armed Forces are targeting Donbass areas after making significant gains in a swift counter-attack. Recently, Kyiv soldiers have regained several kilometers of territory in the country’s northeast, propelling Moscow personnel to withdraw. In the late-night address on Sept. 13, the Ukrainian President told his people that his military had taken back nearly 3090 square miles in Kharkiv Oblast.