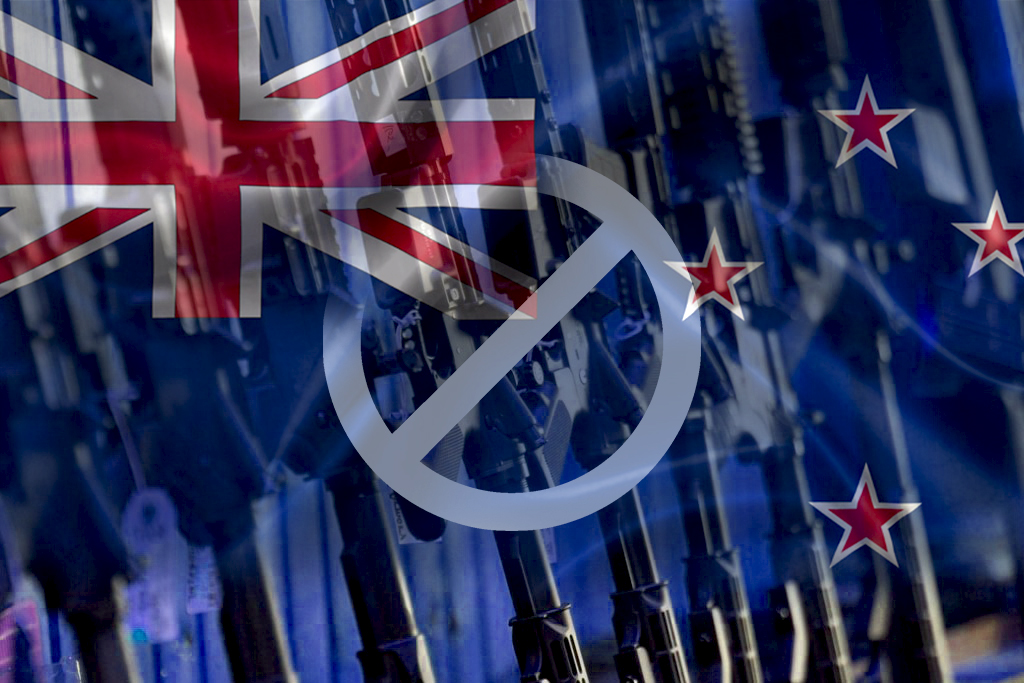 The Prime Minister of NZ, Jacinda Ardern announces that from now the military-style semi-automatic weapons and assault rifles will be banned after the two offensive gun attacks on Muslim worshippers. The deadly attack killed fifty people and more than 40 people wounded critically and minor. The PM said that the history of New Zealand changed forever on 15th March and now their laws regarding security wand weapons changed also. She said that on behalf of all the citizens of New Zealand she announced to change the gun laws to make their country a safer place to live and visit. Ardern said all this during the press conference at Wellington, the capital of NZ.

All the progress has done after the successful cabinet meeting agreement to overhaul the gun laws and ban assault rifles & military-style semi-auto weapons. The meeting called within the 72 hours after the shooter attacked two Christchurch Mosques. PM continued that all the semi-automatic military-style weapons that used in the terror attack banned for an ordinary NZ citizen. The legislation will be drafted and hopefully would in place on 11th April.

On Thursday morning, the NZ Police officials announced that all the fifty dead bodies during the Mosque shooting identified. The Police Commissioner stated that after the identification process, all the victim’s dead bodies would sooner handover to their family members. Ardern announces that the countrywide reflection for the killed victims going to held on Friday, seven days after the bloody attack.

In the first week of April 2019, the proposal of gun reforms will introduced to parliament. For its implementation, the policymakers required to vote on modifying the current legislation, the Arms Act of 1983. Patsy Reddy, the Governor General of New Zealand, signed the order to reclassify some of the semi-auto arms to semi-automatic and military-style weapons. In the result of this classification, several people who owned legally certain firearms will be no longer able to hold on their present license conditions.

To hand over the weapons to the officials of security, the amnesty will start from the coming Thursday. Kiwi’s cabinet directed the security officials to make a buyback scheme. Moreover, NZ’s Prime Minister stated that further details would share soon regarding the matter. While the Police Commissioner said that the certain gun owners would drop their guns at the police station for seeking the confirmed security to all the nationals.

Besides, the commissioner said that in the present environment he couldn’t emphasize enough as it is necessary that anyone cannot take his unlawful (previously lawful before today) weapons anywhere without informing the police authorities. He expressed that it is definitely essential that they manage to organize and safe movement of all the firearms into the custody of police.

During her talk, Jacinda Ardern also points out similar actions taken in Australia by following the 1996 Port Arthur brutal slaughter of several peoples as an example for her country to follow. Stuart Nash, the police Minister of NZ, said that the bill would contain narrow exemptions for the defense and police forces, moreover also for business uses like professional pest control. He added that few guns used for the purpose of legitimate in their communities of farmers. Observing that exemptions had done for 22-caliber shotguns and rifles that used for hunting duck.

Nash told that they would take immediate action to stop people from weapon’s stockpiling due to the change in the gun law as well as measures needed to encourage the owners of guns to surrender their firearms to the state police. On the other side, after the implementation of a similar ban in Australia, the state destroyed over a million weapons. Also, amnesty scheme announced for the existing unlawful gun-owners. In the year 2018, about 57,000 weapons returned to the authorities including World War II machine gun and a rocket launcher.

After the gun-law reforms in Australia, the shootings of mass dropped to zero and suicides with guns dropped with an average of 4.8% per year. Also, the homicides through weapons declined with 5.5% per year average.

For stricter gun legislation after the terror attack at Christchurch Mosques, nation gives the groundswell support. According to TVNZ, about 70k citizens of New Zealand signed the petitions to call the reforms regarding gun control. Outside the parliament in Wellington, the crowd gathered on Thursday apart from the political differences to convey those petitions to the cabinet members. The Police Association of New Zealand greeted the scheduled law changes and congratulated the government for showing the courage to take decisive action and ban the weapons that hurt the peace of the country.

In a statement, the association president Chris Cahill said that the positive steps instantly attract support over cross-party for the reason that it has vital importance for NZ nationals to know that their political leaders are on the same page on this particular move. In another statement issued by the Lobby group Federated Farmers, they backed the decision to make the gun-laws tougher but acknowledged that several of its members are not supporting its decision.

Miles Anderson, the Feds Rural Security spokesperson said that some of their members didn’t back the decision, but after the intense debate of one week and careful thought by the elected staff and representatives, they consider it the only practicable solution. He said that they are trying to tread an accountable path. They didn’t want to allow the illegal guns into the wrong hands. Furthermore, Simon Bridges, the opposition leader said that his party fully supports the decision to restrict the gun-laws.

The opposition party gives their statement that the terrorist attack on Muslim worshippers changed them as a nation. They said that it is much clear that they support the positive changes to the regime and they will work usefully with their government. New Zealand’s Council of Licensed Weapons Owners stated in the FB post that after considering these implementations, they would deliver a statement immediately.