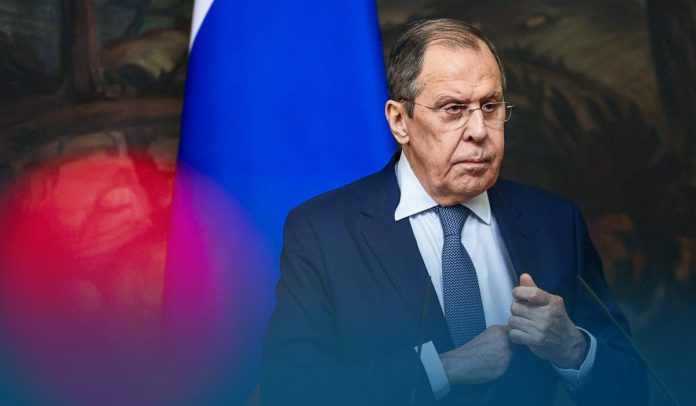 On Sunday, Sergey Viktorovich Lavrov, Russia’s Minister of Foreign Affairs, was in Cairo for a meeting with Abdel Fattah Saeed Hussein Khalil el-Sisi, President of Egypt, to discuss efforts to end the crisis in the post-Soviet state of Ukraine and measures to recommence vital exports of grains from Ukraine and Russia.

Russia’s top envoy will hold a meeting with the officials of Egypt as Moscow tries to shatter the diplomatic isolation and harsh costs levied by the U.S. and European powers over its unprovoked large-scale incursion of Ukraine.

According to RT, a Russian state-controlled international news TV network, Mr. Lavrov landed in the Egyptian capital on July 23, the first part of his Africa visit that would also include embrace stays in Ethiopia, the Horn of Africa, DR Congo in Central Africa and East African landlocked country of Uganda.

No Talks Until Ukraine’s Victory

According to the 22-member Arab world organization, on July 24, a Russian diplomat first met with the President of Egypt and then with Sameh Shoukry, Egyptian Foreign Affairs Minister. Moreover, Sergey Viktorovich Lavrov hold talks with Ahmed Aboul Gheit, Secretary General of the Arab League, ahead of delivering a speech to the pan-Arab organization.

In a joint press briefing with his counterpart Sameh Hassan Shoukry, Mr. Lavrov said that he talked about Moscow’s ‘special military operation’ in its neighboring country with Egyptian leaders who encouraged for a peaceful resolution to the brutal conflict. Furthermore, the Russian Foreign Minister held Kyiv responsible for the blow to previous peace discussions.

Furthermore, Lavrov said they don’t have any preconceived ideas regarding reopening talks on numerous issues, but the situation doesn’t depend on them. And Ukrainian officials repetitively expressed that there would be no talks until Kyiv wins against Moscow in the combat zone.