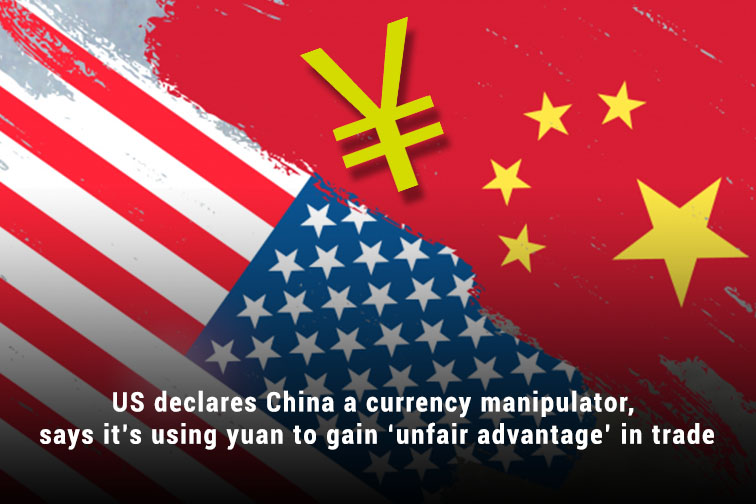 On Monday, the treasury department of the United States termed China as a currency manipulator. After the Clinton administration, it is for the first time that White House took to historic move to announce its landmark decision.

Under the support of Donald Trump, Secretary Mnuchin determined China as a Currency Manipulator. After the situation, Mnuchin will engage with the IMF (International Monetary Fund) to exclude the biased cheap advantage made by the latest actions of China.

The first formal designation observed since the administration of “President Bill Clinton” in 1994 after China permitted its currency on Monday to breach a psychological level. The treasury Department of U.S. added that China took solid move to devalue its yuan in recent days whereas it sustained reserves of substantial foreign exchange instead of the active use of similar tools in the past.

Furthermore, they stated that the main aim of these moves of China and the inconceivability of Chinese currency devaluation is to take unfair competitive benefit in worldwide trade. Relative to the U.S. dollar, the yuan fell to 7 formerly in the session for the first time since 2008. 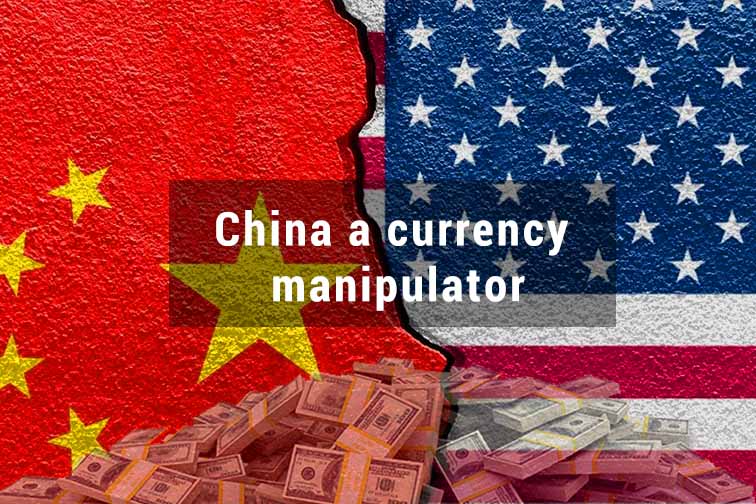 Chief Market strategist at Bannockburn, Marc Chandler said that at private sector several people might not conclude China as a currency manipulator. The vital rule is it’s not overriding constantly or obstinately to degrade the currency, and thus the private sector such as strategists and economists may not be persuaded.

Moreover, he states that this is another move from one opponent in the currency war, and it makes trade more challenging, hence possibly bi-partisan. A number of Democrats and Republicans are thinking that China is taking benefit of them.

Before taking the official designation, Trump shared his stance on his Twitter account by blaming China that it is manipulating its currency as the trade war between the two largest economies of the world strengthened.

Trump tweeted that China dropped the value of its currency to nearly a historic low. This step of China termed as the currency manipulation, he added. In addition, he asked from his followers of Twitter, are you listening Federal Reserve? It is the main violation from China that will make it too much weak with time.

China dropped the price of their currency to an almost a historic low. It’s called “currency manipulation.” Are you listening Federal Reserve? This is a major violation which will greatly weaken China over time!

The New York politician stated that China is manipulating its currency for a very long time when Donald Trump takes hold of his office. They wished that Trump should order his Treasury Secretary to announced China as a currency manipulator.

In the next move, the United States should take its case towards the International Monetary Fund, whereas, it not expected to go towards formal penalties. The announcement of the Treasury Department placed nearby a 1988 part of the federal law that allows the Treasury Secretary of the United States to work with the IMF to remove the biased advantage related with manipulation of the currency. Up until Monday, the administration of Trump passed on five occasions to tag China as a currency manipulator.