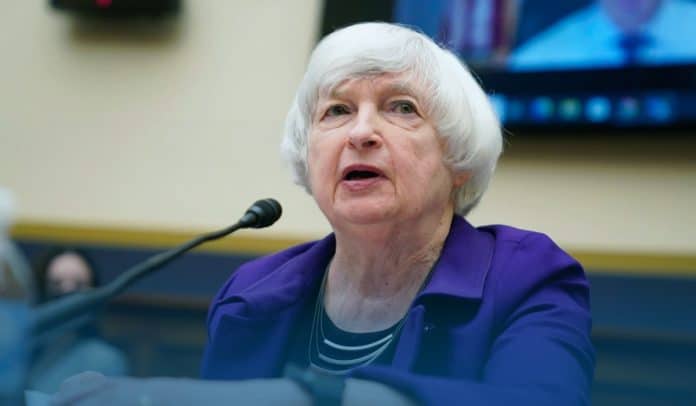 On Tuesday, Janet Yellen, the U.S Secretary of the Treasury, requested American allies to increase economic support for Ukrainians, warning that funds vowed so far wouldn’t even meet the country’s short-term needs as it fights off Russian aggression.

In an address delivered on Tuesday in Brussels, Belgium, Jane L. Yellen said that Ukraine’s immediate economic and financial needs are significant as the government in Kyiv continues to function, due to the courage and ingenuity of its officials.

Europe and America have coordinated closely in ratifying sweeping consequences against Putin’s Russia in about 3-months since Vladimir Putin ordered an all-out incursion of the post-Soviet state. But the US and the West have been less allied on the need to support the economy of Ukraine and to help rebuild its destroyed cities once the brutal conflict ends.

Previously on March 10, President Joe Biden’s requested USD 13.6B emergency assistance for Ukraine got full Congressional approval and is also anticipated to pass an additional forty billion dollars worth of security and humanitarian assistance in an overwhelming vote of 368/57. While the international financial institutions and a 27-member trade bloc have also been making massive assistance contributions, Ms. Yellen said that more aid must be sent to the war-torn country.

The United States Senate voted 81/11 on the first of the three “procedural votes” to proceed with the massive Ukraine Aid Bill worth $40B setting the stage for the final chamber approval, asked by the American President Biden to keep the assistance flowing and boost the Ukrainian administration about 12 weeks after the start of Moscow’s brutal incursion. Unfortunately, all eleven, who didn’t support the measure, were from GOPs.

Referring to the Russian President’s large-scale invasion of Ukraine, the Treasury Secretary said she sincerely requests their allies to join them in stepping up their economic and financial aid to Kyiv. She added their cooperation is critical to help guarantee Ukraine’s democracy overcomes Moscow’s violence.

Furthermore, in a speech delivered Tuesday in Brussels, Belgium, Janet Yellen said that sooner or later, Ukrainians will need massive economic assistance for rebuilding and recovery, similar to the task of reconstruction in the Western region after the Second World War. The United States of America, which sponsored the ‘Marshall Plan’ – a program designed to rehabilitate the seventeen economies in the southern and Western European region, is now readying around USD 40B aid package for the brave people and forces of Ukraine, likely to win the final passageway in the US Senate as early as May 18.

Majority of Americans Concerned About The U.S.

According to the latest CNN study conducted by SSRS via text message on the SSRS Text Message Panel, the U.S. people across political lines are united in their largely negative feelings regarding America and its politics, with the incumbent rulers mainly unlikely to express political enthusiasm.