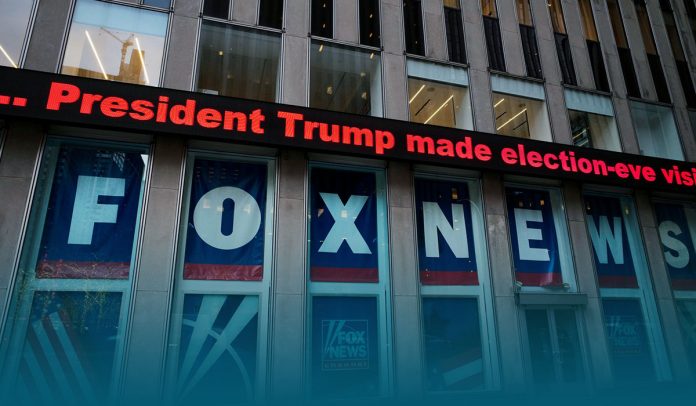 Although Chris Stirewalt drew disrespect from Donald Trump and his followers after calling Arizona state early on election night for current US President Joe Biden, he didn’t mention Fox Network while leveling censure against the media in his Los Angeles Times piece. However, it was clear he was referring to the right-wing cable channel throughout his evaluation.

Chris Stirewalt stated the “rebellion on the populist right against the 2020-election-results”, a result in part of Mr. Trump’s “hype men in the media” who helped out to steal an election for him.

Fox News didn’t respond to a request for a statement on Stirewalt’s piece. But Fox News employs many individuals in the roles of on-air contributors and hosts who pushed false claims of election fraud in the aftermath of the presidential election.

Sean Hannity pushed the confidence for weeks that Biden stole the 2020-election from Mr. Trump. “Stealing the election” turned out to be “The Big Lie” and ended in the January 6 outbreak in which pro-Trump protesters stormed the US Capitol in an attempted deadly insurrection.

Chris Stirewalt wrote that the refusal to believe the election outcomes among many Trump followers was a tragic consequence of severely troubling the state’s informational malnourishment.

Moreover, Stirewalt said that as he defended the call for Joe Biden in the Arizona election, he became a target of murderous rage from consumers who were furious at not having their views confirmed. He added that having cosseted by self-validating reporting for so long, many Americans now consider any news that might propose that they are in error. Also, many American assumes that the personal attack became the reason of their defeat.

Stirewalt described in his piece that the United States is a country of both malnourished and overfed news consumers.

He added that US people gorge themselves daily on empty informational calories, indulging their sugar fixes of self-affirming half-truths and even outright lies.

The FNC decision desk’s call of Arizona came early on election night, generating controversy and infuriating Trump and his team, who struggled to have it overturned.

Jared Kushner even got in touch with Rupert Murdoch (billionaire owner of Fox) to get Fox News to take back its call. But the Fox network supported it, and Stirewalt aggressively defended it on the network’s air during the election week. The call ultimately proved to be correct.

However, Fos News let Stirewalt go from the network earlier in January, which he had titled as the home for more than a decade.

Fox News Network framed firing Chris Stirewalt as a part of a more extensive organizational restructuring. However, people familiar with the story told The Washington Post that it was partly due to Murdoch believing the news network had mistreated its Arizona call.