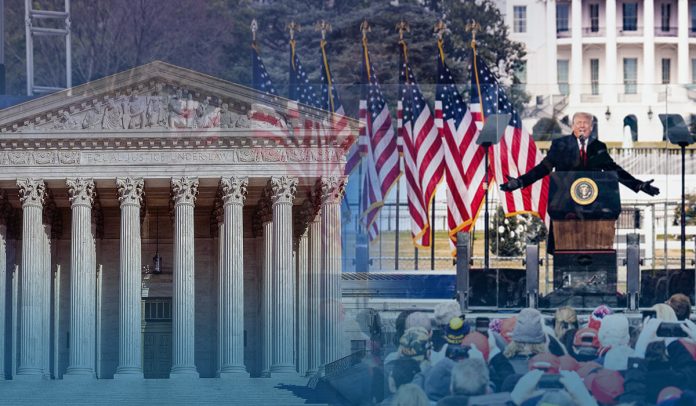 On Thursday, Donald Trump, the former American President, turned to the United States Supreme Court in a last-ditch attempt to keep documents away from the House Select Committee inquiring about the 6th JAN Capitol attack led by his followers.

Attorneys of Donald Trump asked the SC to reverse lower court rulings against the ex-President, who has battled to block the records even after the US President Biden waived executive-privilege over them. Previously, the federal appellate court in Washington ruled the panel had an exclusively vital interest in the documents, and the former President had provided no basis for it to override Joe Biden and the United States Congress.

His lawyers said in their appeal that lower court rulings directing the National Archives and Records Administration (NARA) to provide the material over to the U.S. governing body were wrong. They said that the choices below effectively gut the ability of former US leaders to maintain executive-privilege over an incumbent objection, who is often, as is the case here, a political opponent.

According to a prior court filing from the National Archives, the records include presidential diaries, address drafts, handwritten notes, visitor logs, ‘concerning the Jan. 6 events’ from the files of Mr. Mark Randall Meadows, former White House Chief of Staff, and a draft Executive Order on the topic of ‘electoral integrity.’

Moreover, the lawyers for the panel wrote that the House Committee needs the demanded documents now to help shape the direction of the probe and let the Select Panel to commend remedial lawmaking timely.

Reiterating opinions they made before lower courts, ex-President Trump’s attorneys wrote on Thursday that the case concerned all future White House occupants. Lawyers of Trump said that ex-American leaders had a clear right to keep their confidential records from premature dissemination.

Attorneys added that the US Congress couldn’t engage in meandering fishing expeditions in the wishes of embarrassing President Donald Trump or exposing the “President’s and his staff’s sensitive and privileged conversations” for the sake of exposure.

The House Select Panel has said the records are essential to its inquiry into the lead-in to the deadly Capitol attack to reverse the 2020 presidential election outcomes. Before and after the attack, Mr. Trump encouraged baseless theories about massive voter fraud and suggested that the actual insurrection was on Election Day when he lost to Mr. Joseph Robinette Biden Jr. in an election certified by officials from both sides as fair.