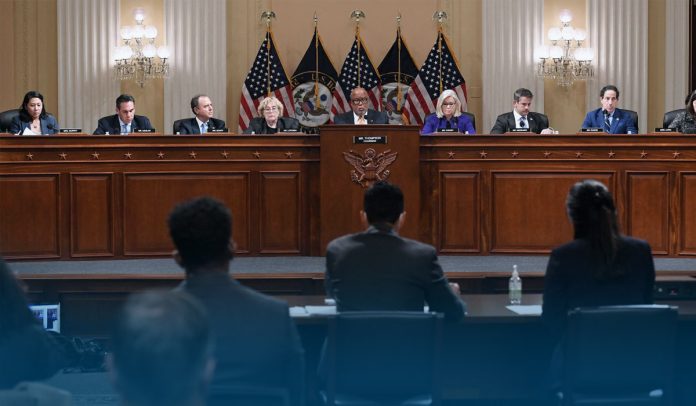 According to the latest contempt of U.S. Congress charges report released Sunday night by the House Select Committee, Mark Meadows, former White House Chief of Staff, sent an e-mail saying the National Guard would be on standby to protect pro-Donald Trump people in the lead up to the attack at the United States Capitol.

The context for the message is uncertain, but it comes due to solid scrutiny of the National Guard’s sluggish response to the Capitol violence on 6th January and conflicting timelines regarding their efforts from the National Guard leadership and the Pentagon.

It was just one of the several latest particulars in the report about Meadow’s actions and during 6th January and his part in attempting to tilt the 2020 Presidential election. The resolution comes after the committee informed Meadows recent week that it had no option but to advance contempt of Congress proceedings against him given that he’d decided to no longer cooperate with the January 6 Committee.

(THREAD) This thread includes my thoughts on the lengthy report just issued by the House January 6 Committee—which seeks a congressional referral to DOJ for Contempt of Congress against former GOP congressman and Trump chief of staff Mark Meadows. I hope you’ll read on and share. pic.twitter.com/vdeq8mvXnY

Moreover, it is uncertain who Mark Meadows relayed the information to or whether it was the consequence of any insight provided by the United States Defense Department. But the exchange is of high interest to House Select Committee members investigating whether the former President played a role in the 3-hour delay between the Capitol law enforcement’s urgent appeal for Guard support and their ultimate arrival at the U.S. Capitol, which pro-Trump protesters had overrun.

The remark also aligns with testimony from Christopher Miller, former Defense Secretary, who said that in a 3rd January conversation with Donald Trump, the ex-President told him to do whatsoever was necessary to protect the protesters that’re executing their constitutionally protected rights.

The description of the message is part of a 51-page document released on Sunday, 12 Dec. 2021 by the Select Committee one day before it’s set to vote to hold Mr. Meadows in contempt of the United States Congress. The full House is likely to vote to hold Mark Meadows in criminal contempt charges on Tuesday.

Representative Bennie Thompson, the Chair of the House Select Committee, appeared to allude to this 5th January e-mail about having the National Guard on standby in a letter to the former Trump official’s attorney past week notifying him that the committee would proceed with criminal contempt proceedings.

In addition, the Committee chairman referred to a 7 Nov. 2020, e-mail discussing the appointment of alternate slates of electors as part of collateral and direct attack, and a 5th January e-mail that had a 38-page PowerPoint updating titled Election Fraud, Foreign Interference, and Options for Jan. 6 to be provided on the hill.

Additionally, according to the report, Mark Meadows, former White House Chief of Staff, received text messages and e-mails about apparent efforts to motivate GOP lawmakers in the certain U.S. States to send alternate slates of electors to the U.S. Congress, a plan which one Congressional Member acknowledged was highly controversial and to which Mark Meadows responded, “I love it.”