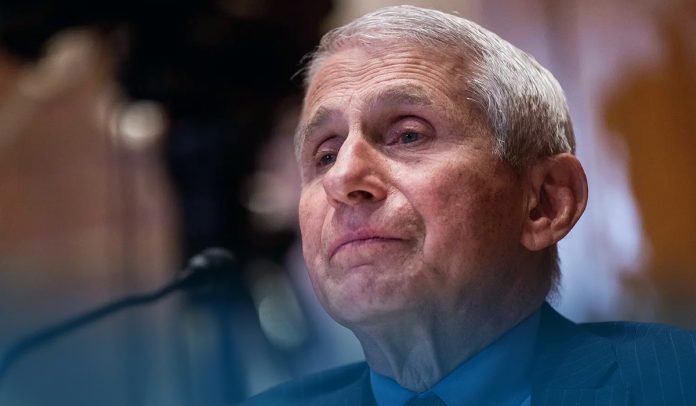 On Monday, Dr. Anthony S. Fauci, a U.S. physician-scientist and immunologist serving as the director of the NIAID (National Institute of Allergy and Infectious Diseases), announced that he’d step down from the position as Director of NIAID and Chief of the NIAID Laboratory of Immunoregulation (LIR), as well as the position of Chief Medical Advisor to the United States President in December after more than a half-century of public service. However, he didn’t set an exact departure date.

Dr. Fauci was appointed as the Director of NIAID in 1984. In a press release by the National Institutes of Health, Fauci, 81, said that over the past thirty-eight years as the head of an extraordinary institution, he has had the enormous privilege of serving under seven American Presidents, starting with Mr. Ronald Wilson Reagon, who served as the 40th US President (1981-1989).

Dr. Anthony Fauci has announced that he will step down from his position with the federal government in December. He has advised every president since Reagan and led the federal response to the HIV-AIDS epidemic in 1984. pic.twitter.com/FY8vGd94ud

NIAID Director said in a statement that he’s very proud of several accomplishments. He’s worked with and learned from many talented and devoted persons in his own laboratory at NIH and NIAID. In addition, for his excellent efforts to help people live longer and healthier lives, President George W. Bush awarded Dr. Fauci the ‘Presidential Medal of Freedom’ in 2008.

Furthermore, the chief medical advisor to the President said that he’d the huge privilege of serving and advising the US Presidents on newly evolving contagious disease threats, including HIV/AIDS. HIV (human immune-deficiency virus) is a virus that attacks the immune system of the body. If not treated, HIV can lead to AIDS (acquired immune deficiency syndrome).

As the country’s leading infectious disease expert, Dr. Fauci has worked on the federal response to several diseases, including the 2001 anthrax attack, West Nile virus (WNV) – the leading cause of mosquito-borne disease, an influenza pandemic, Zika virus, Ebola Virus Disease (EVD), and of course the recent deadly Coronavirus pandemic.

Pfizer Inc., the US multinational drug company, approved Monday its combination Coronavirus jab that adds protection against the newest sub-variants of highly contagious Omicron. The move marks an important step toward opening a booster campaign for Fall 2022. The US federal health regulator FDA ordered COVID-19 jab producers to tweak their doses to target the new Omicron sub-variants, labeled BA.4 and BA.5, that effectively evade protection from previous immunization or infection.

Both Pfizer and BioNTech SE intend to grant approval for using modified doses in Americans ages twelve and up. The beginning of doses could be in a few weeks if the US FDA quickly clears the updated shot – a move unlikely to require waiting on the latest trials.

On the other hand, Cambridge, Massachusetts-based Moderna is likely to request for similar matter soon for modified booster doses for grown-ups. The American government has a contract to purchase 66M of the Moderna shots and 105M of the Pfizer ones, assuming the Food and Drug Administration grants the approval.