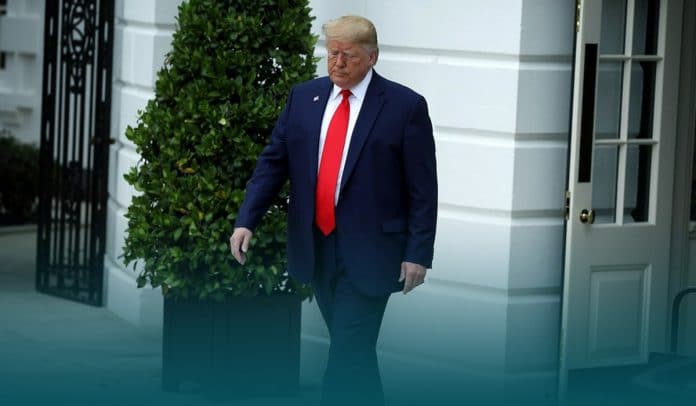 Donald Trump, the President of the United States, announced to leave the White House if President-elect Joe Biden formally confirmed as the next president by the electoral college. Trump refused to accept defeat in the 3rd November election and told reporters on Thursday that it would difficult to concede.

Whereas, he once again repeated unproven claims of voter fraud. Biden takes 306 votes against Trump with 232 under the electoral college system used to pick United States presidents. The vote difference is excessively more than 270 needed to win, and the Democrat Biden also leads the popular vote by over six million.

Donald Trump has said he will leave the White House if Joe Biden is formally confirmed as the next US president.https://t.co/EqSL6uM5VU

Voters will meet the following month to formalize the vote, with Biden settled to take oath as president on 20th January. Trump and his aids lodged several legal challenges over the recent election. However, most of them have been dismissed. Earlier this week, Trump, at last, agreed to allow the formal transition to Biden team to start their term, following many weeks of uncertainty.

The decision from Trump means that Biden is able to receive top security briefings from the agencies and access key government officials as well as millions of dollars in funds as he prepares to take over on 20th January.

What is Trump’s Opinion on leaving the White House?

Reporters asked Trump on Thursday, either he would agree to leave the White House in case of defeat in the electoral college vote? He replied he would definitely leave the White House. Though, he went on to say that if they do elect Biden, they made a mistake, and also suggested that he might never accept defeat.

He wouldn’t say whether he would attend the inauguration ceremony of Biden. The usual routine transitioning process from one president to coming president and confirming the result disrupted by Trump’s refusal to concede. Under the United States electoral system, voters don’t directly elect the next president. However, they vote for 538 officials, who allocated to U.S. states based on their population size.

The electors mainly vote for the contender that won the majority in their states, and though it is possible for some electors to contempt the voter’s pick no result, no result previously changed this way. Whereas, Biden celebrated a quiet Thanksgiving on Thursday, as COVID-19 cases in the United States continue to rise.

Earlier this week, the president-elect urged the U.S. nations to hold smaller Thanksgiving celebrations, saying that indeed, they will beat the virus. A few days back, Biden announced his choice of top officials for when he takes over responsibilities from Trump in January and said that co-operation from the White House during the transition had been sincere.