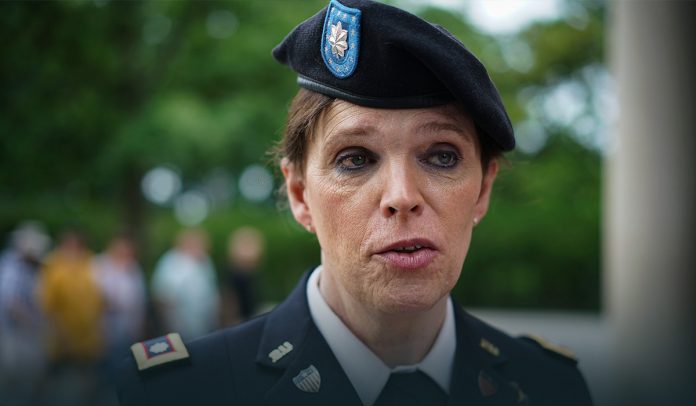 The U.S. Defense Department has confirmed in most recent memos following President Biden’s January 25 executive order that gender reassignment surgery (GRS) could be provided free of cost as part of the armed forces medical benefits package.

Placed inside Biden’s January 25 transgender order, ‘enabling All Qualified U.S. people to Serve Their Nation in Uniform,’ is a clause that repeals a Barack Obama-era policy that prohibited federally funded gender reassignment surgery.

In a news release, the White House stated that America is stronger at home and worldwide when it is inclusive. And the military is no exception.

The order affects the Defense Department and Homeland Security Department for actions with the United States Coast Guard.

The release continued to mean no one will be discharged or separated or denied reenlistment, merely based on gender identity. Moreover, prospective recruits may serve in their self-identified gender when they have met suitable accession standards into the military facilities.

A memorandum obtained by the Washington Examiner

Lloyd Austin, Defense Secretary, wrote in a memo obtained by the Washington Examiner that the revised policy will also confirm all medically necessary transition-related care authorized by law is accessible to all Service members.

Denis McDonough, Veterans Affairs Secretary, says that the military would ‘assess the necessary steps to eliminate the exclusion of gender affirmation surgery in the medical benefits package.’ Last month, McDonough wrote in a memo ordering a review of the department’s policies that every person at VA, whether a member of VA’s workforce, should be treated with dignity and respect.

Moreover, their success as a team and the ability to deliver world-class care for their veterans depend on respect for their fellow VA employees and the veterans they serve and is critical to all they do.

An Iraq-War veteran, Rep. Jim Banks (R-Ind.), says he supports transgender individuals serving in the military. He told the Examiner that this is radical and new territory for a presidential administration to force tax-payers to fund GRS for those in the military. He is compassionate toward those who want to undergo an elective surgery of this nature; however, authorities should not force tax-payers to pay for that.

Moreover, it is constitutionally dubious that U.S. Congress has not passed these practices, but the administration, in a radical way, is pushing through this plan. He sits on the committee that should debate these matters.

Pink News follow-ups that TRICARE already covers the cost of hormone-therapy and psychological-counseling for ‘gender dysphoria.’ While they usually don’t cover surgery, they note that ‘active-duty Service members may request a waiver if their provider deems surgery medically necessary.

According to USA Today’s data in 2019, the Pentagon first paid for GRS for a transgender soldier in 2017 and has spent $8M to treat almost 1525 transgender troops between 2016 and 2019. Most of that cost covered psychological-counseling and not the surgical operations associated with transitioning. Moreover, medical specialists performed around 161 surgeries during that time.

As of February, medical experts diagnosed around 11,071 Service members with ‘gender dysphoria’ in the Army, Air Force, Navy, Coast Guard, Marine Corps, and Public Health Service on active duty and the reserve forces.