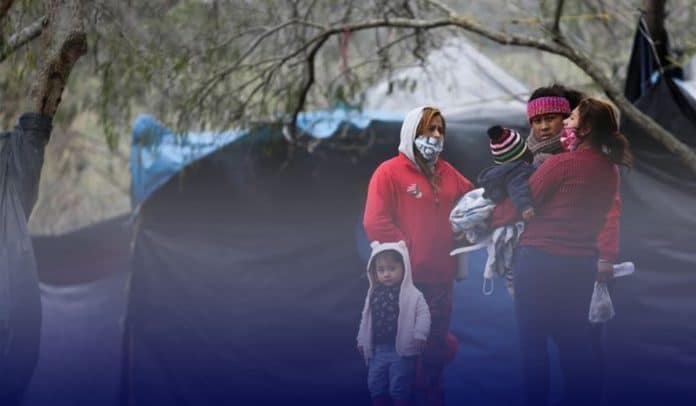 A United Nations official said a group of twenty-five MPP asylum seekers was allowed into the U.S. on Friday (Feb. 19), the start of efforts to roll back one of former President Trump’s strictest immigration policies, which forced thousands to wait in Mexico for their U.S. cases to be heard.

The U.N. official stated in an interview with Reuters on Friday the Biden administration also expressed interest in funding the flights that would bring back certain people blocked by the Trump policy and no longer at the border.

U.S. President pledged while campaigning to immediately rescind Trump’s policy, Migrant Protection Protocols (MPP). Under the program, more than 65000 non-Mexican asylum seekers were denied entry and sent back across the border pending court hearings. Several returned home, but some stayed in Mexico in sometimes dangerous circumstances, vulnerable to kidnapping and other criminal activities.

Now, United States will allow asylum seekers to wait for their applications for pending hearings in immigration courts.

According to the Jewish Family Service of San Diego, on Friday, the effort started slowly at an entry port in San Ysidro, California, where the authorities allowed twenty-five asylum seekers to cross the border and will now quarantine them in a local hotel.

A 40-year-old Nicaraguan asylum seeker, Rosario, and her 9-year-old son were among the first to cross the border.

After a 21-month wait in Tijuana, the United States relieved Rosario to reach the U.S. She told Reuters that she was very afraid to go outside because she was a migrant that made her a potential target. Her son missed nearly two-years of school during that time.

Rosario said when they put their feet down in San Ysidro, they smiled from ear to ear.

According to the Department of Homeland Security spokeswoman, it will expand to two more ports of entry in Texas, including one close to a migrant encampment in Matamoros, Mexico, in the next week.

The U.S. administration estimates that only 25000 people out of the more than 65000 enrolled in MPP still have active immigration court cases and is set to begin processing that group on February 19. But it has notified that the efforts will take some time.

The Biden government is treading carefully, wary that the policy shift could encourage more migrants to trek to the America-Mexico border. American officials say anyone who seeks to enter the U.S. and is not an MPP program member will be expelled right away.

A group of GOP lawmakers sent a letter to Joe Biden on February 10 that said permitting MPP migrants to enter the U.S. sends the signal that their borders are open.

The people familiar with the move said Mexico, the United States, and global organizations have struggled in recent days to work out how to register migrants by phone and online. Then, transport them to the border, test them for coronavirus, and move them to their destinations in the U.S.

The fast-moving process and lack of information from Biden officials have frustrated some advocates eager to support the effort.

The condition has taken on urgency as a winter storm has brought freezing temperatures to much of northern Mexico and the southern U.S.

The migrants in the extensive Matamoros encampment reported families and children struggling to stay warm in alternative tents lacking insulation and other protection ways from the cold. The camp has grown in past weeks as migrants anticipate the end of the MPP program, but DHS stated that processing would not start there until February 22.

Antonia Maldonado, a Honduran asylum seeker, served Thursday hot chocolate from a steaming pot on a stove prepared from the inside of a washing machine to other asylum seekers in Matamoros shivering in the freezing weather conditions. Moreover, she has been taking goodbye photographs and making plans to leave with Dison Valladares, her partner and a fellow asylum seeker she met on Matamoros’s journey.

She said that he wants me to go first, and she wants him to go first. Moreover, they are hopeful that once they enter the U.S., they will be able to marry.

According to Aaron Reichlin-Melnick, policy counsel at the pro-immigrant American Immigration Council, asylum seekers may not have their cases resolved for long because of COVID-related immigration court closures.

He said that the postponement would give the Joe Biden administration time to reverse some Mr. Trump policies that required to make it harder to obtain asylum.