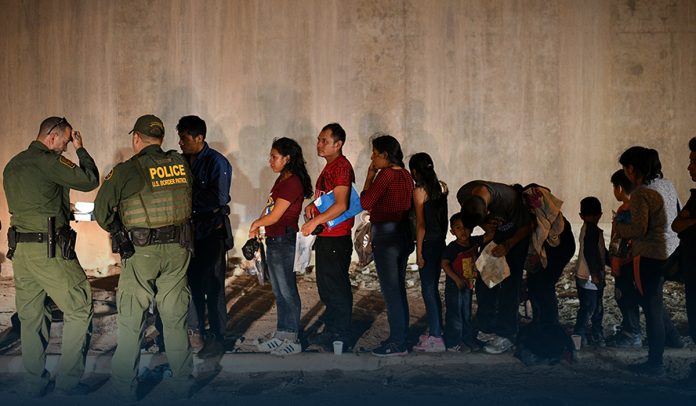 According to preliminary data shared with Reuters, United States authorities caught around 0.171 million migrants at the American border with Mexico in March, the highest once-a-month total in two decades and the newest sign of the mounting humanitarian challenge confronting President Joe Biden.

The preliminary March arrest sums up at the Mexico-America border signify the maximum monthly level since April 2000, when border patrol agents caught more than 0.18 million migrants.

The figures show that the sum includes about nineteen-thousand unaccompanied migrant children and 53000 family members traveling together. At the same time, single adults made up about 99000 of the whole.

The Joe Biden government struggles to accommodate recently arrived unaccompanied children, who are excused from expulsion under a coronavirus health order known as Title 42. Unaccompanied children have been backed up in crowded border posts and processing centers for several days.

The accommodations that house the children have been overwhelmed, and American officials have scrambled in recent weeks to open emergency housings, including sites in convention centers in San Diego and Dallas.

The March facts show an almost 178 percent surge in the number of asylum seeker families caught at the border compared with February. While Joe Biden stated last week that the massive majority of families are being directed back to Mexico under Title 42, American administration data proposes that isn’t the situation.

More than half of the 19000 family members caught at the border in February were not expelled, according to public U.S. Customs and Border Protection (CBP) data, with many released into the United States to pursue immigration court proceedings. Moreover, in March, Reuters obtained three daily American border enforcement reports that displayed only 14-16 percent of family members were expelled on those days.

United States Customs and Border Protection (CBP) spokesman said official figures would likely be released in the coming week and declined to comment.

Sarah Peck, U.S. Department of Homeland Security spokeswoman, said last week that given fluctuating migration flows, one day or week of data does not reflect the complete picture.

Moreover, Peck added that the department’s policy is still to expel families. In circumstances where expulsion isn’t possible amid Mexico’s incapability to accept the families, they’re placed into removal proceedings.