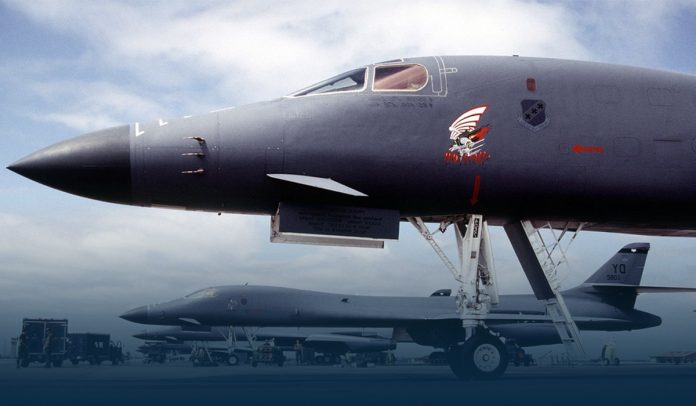 The American Air Force is stationing B-1s bombers to Norway for the first time in a move that sends a definite message to Moscow that the US military will act in the strategically important Arctic region. The move demonstrates that it will defend allies in the area against any Russian aggression close to the nation’s border.

US Air Force is sending four B-1 bombers and almost 200 airmen from Dyess Air Force in Texas. The force is being deployed to Orland Air Base in central Norway. Orland Air Base also hosts Norwegian air force F-35 stealth fighter planes.

According to defense officials, missions will begin in the Arctic Circle and international airspace off northwestern Russia within the next three weeks.

Expect the fighters and bombers to spend several weeks training together alongside planes, ships, and ground-forces from across NATO.

The cold-weather B-1s jaunt is a follow-up of sorts to last fall’s epic placement of Air Force B-52s to the UK. The bombers ranged all over Europe, training with allied fighters and luring Russian forces into intelligence-gathering traps.

Until now, the U.S. military missions over the Arctic Circle had been staged mainly out of the UK. The officials say the force closer to the USSR movement means America will counter more quickly to potential Russian aggression.

Jeff Harrigian, commander of US Air Forces in Europe and Africa, said that operational readiness and their ability to support partners and allies and respond with speed is critical to combined achievement.

Pentagon has operated groups of B-52 bombers in the Middle East for the several last months as a means of demonstrating the ability of America to move military possessions to potentially tense areas quickly. The officers say these bombers’ missions take weeks to plan, so the Norway deployment has been in the works for some time.

President Biden has already demonstrated he is prepared to adopt a stricter approach to Moscow than under Donald Trump. Biden held his first call late last month with Russian President Vladimir Putin. Mr. Biden confronted him over issues from a recent massive cyberattack to the state’s leading opposition figure’s suspected poisoning.

The U.S. Defense Department has been deeply concerned about Russian military moves to shut off potential access to the Arctic for natural resources and maritime access. It continues to militarize the Arctic circle.

Barbara Barrett (secretary of American Air Force during the Trump administration) warned that Recent Russian investments in the Arctic region include a network of offensive air assets and coastal missile systems. Moreover, Barrett indicated that America measures that Russia considers maintaining its Arctic access increasingly vital, with almost 25% of its GDP coming from hydrocarbons north of the Arctic Circle.

The U.S. Navy regularly sails in those waters to send the message to keep maritime access in the region.

The B-1s could focus on their new naval mission. In its nearly forty-year career, the approximately 45-strong B-1 force is getting new Long-Range Anti-Ship Missiles and selecting new tactics for striking ships at sea.

A single B-1 can pack as many as 24 of the stealthy, 300-mile range LRASMs. Thus, a flight of several B-1s could deliver roughly the same anti-ship firepower as an entire U.S. Navy carrier air wing.

Missile-armed B-1s could profess a severe threat to Russia’s Northern Fleet. In staging the bombers from Norway, the U.S. intends to make that threat clear.

Hendrix said the bottom line is that this movement will get Vladimir Putin’s full attention.

Read Also: US sends B-1 bombers back to Pacific on temporary deployment