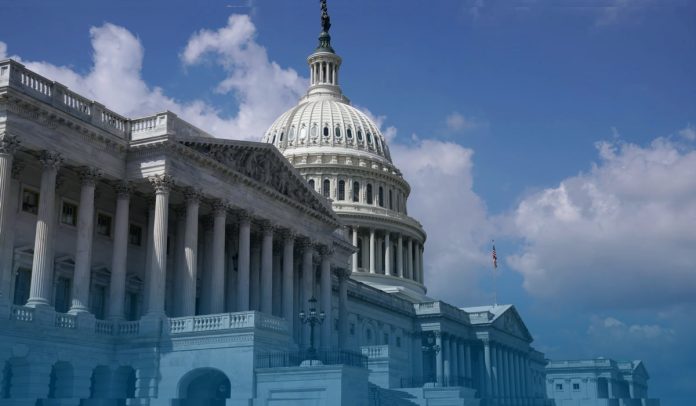 On Tuesday, the United States Senate approved raising the federal administration’s debt limit by 2.5T dollar, to nearly 31.4T dollar, and sent it to President Joe Biden’s desk for his signature and prevent an unprecedented default.

Today, @SenatorTester voted to increase the debt ceiling to $31.4 TRILLION.

Will he ever stand with Montanans and say no to Schumer and Biden?

The pathway follows a month-long standoff between GOPs and Democrats, with the Republicans pursuing to force Joe Biden’s party to increase the debt limit on its own from the present 28.9T dollars level, generating fodder for attack ads during the next year Congressional elections.

That deal set the scene for a vote on Tuesday, bypassing normal chamber rules requiring at least sixty of the 100 Senate members to agree to advance most lawmaking. Schumer said that the rise would cover the administration’s needs into 2023, through the 8th November midterm elections that would determine the control of the U.S. Congress.

“ruinous to our economy”

Janet Yellen, the U.S. Treasury Secretary, has urged the US governing body to hike the debt limit before Dec. 15. However, under the unusual agreement worked out by McConnell and Schumer and approved by both the Congress last week, lawmaking raising the debt ceiling could be passed this one time in the upper chamber by a simple majority, which meant Dems could get it through on their own.

Furthermore, in the House, Jodey Arrington, a GOP representative, told the House Committee on Rules he was disappointed that Mr. McConnell had agreed to the agreement. The nation’s debt level was at its highest since World War II, and according to Arrington, they’re not in a war.

The Chairman of the Committee, Jim McGovern, a Democrat, responded that he doesn’t usually have many nice things to express about the Minority Leader of the U.S. Senate, but he does think he understands that, not to permit this to proceed, it would be damaging to their economy. The Rules Committee then voted 9/4 to proceed the lawmaking to the U.S. House.

The rise is needed in part to cover debt incurred during the presidency of Donald Trump, a GOP, when the debt increased nearly 7.85T dollars, somewhat through sweeping tax cuts and spending to combat the deadly coronavirus pandemic.