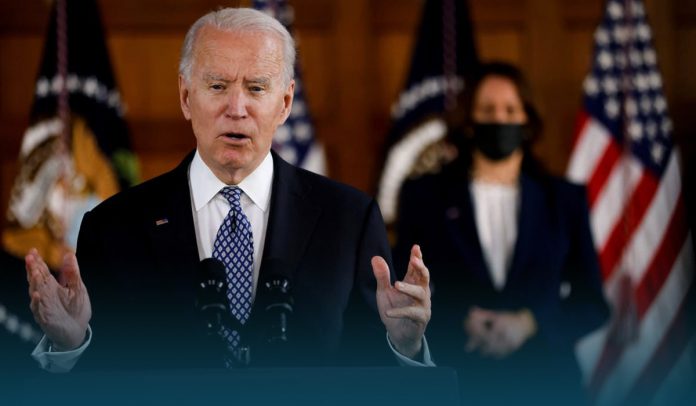 Senate Democrats want United States President to raise the number of refugees being admitted into America.

Senate Majority Whip Dick Durbin joined thirty-three other Democrats, in sending Joe Biden a letter that urged setting a 62500-refugee cap for this fiscal year (FY) by May 15, 2021. They also want the refugee cap increased to 125000 for the 2022 FY, which begins in October.

As reported by The Epoch Times, the letter said that refugees are the most thoroughly vetted travelers to their country and could wait for years before they are resettled there. As of March 31, only 2050 refugees had been resettled in America this FY.

Reportedly, over 35000 refugees have been screened and preliminarily approved by the Department of Homeland Security (DHS) to relocate to America. They urge them to expeditiously and safely admit all qualified refugees who are waiting to be relocated.

According to statistics released on 8th April, the letter came while immigrants surged the Mexico-United States border. Customs and Border Protection (CBP) officials apprehended over 172000 illegal immigrants in March. In February, that was up from about 101000.

After earlier April issuing a directive to keep the Trump government’s cap on refugee limits of fifteen thousand, the White House issued a statement saying Joe Biden would set a final, raised refugee cap for the remainder of this FY by 15th May.

That statement came hours after immediate Democrat criticism to the initial directive.

The U.S. government has sent mixed indications regarding refugee admissions

Following government denials that the decision to retain the Donald Trump-era limits was due to the southern U.S. border crisis, President Biden acknowledged the issue on 17th April.

Biden said that the problem was that the refugee part was working on the crisis that ended up on the border with young people. They could not do two things immediately. But now they are going to increase the number.

President Biden’s government also continues to blame the Trump government for the challenge it faces in accepting more refugees.

Jen Psaki, White House Press Secretary, told reporters Tuesday that they inherited an incredibly broken system in terms of their considerations over time. It left them with some, and the U.S. President and others, with some skepticism about what the system would bear.

Moreover, their announcement a couple of weeks ago was meant to be a primary step, focused on announcing the resumption of flights and the overturning of the xenophobic policies of the last government that prevented refugees from applying from the Middle East and Africa.

Jen Psaki didn’t deny the government was considering raising the cap on refugees to 62500.

She said that she would say that whatever the cap is, it would continue to be challenging if the cap is close to that.

But there are considerations, including the message they’re sending to the world and also the need to get the muscles working in the system, in the federal administration, but also with all of the critical partners out there in America and around the world that play an essential role in refugees traveling to America, help enable them to raise money, help will allow them to hire staff, and get their systems ready so they can meet that 125 caps in 2022.