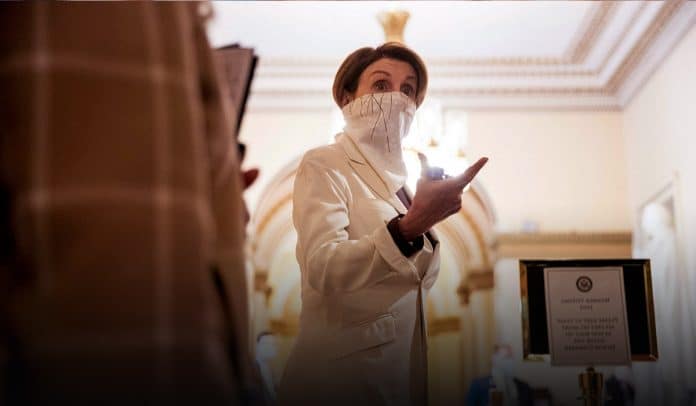 US Congress voted late Monday to approve an extensive $900 billion COVID-19 federal relief package that guarantees to accelerate the distribution of the vaccine. And to convey genuinely necessary support to small businesses hit hard by the coronavirus pandemic. Moreover, the bill supports Americans who have lost their jobs during the economic crisis and frontline health care workers in hospital emergencies.

The White House said that President Trump will sign the legislation when it reaches his desk. The relief package, if signed into law, will aid billions of dollars to the unemployed Americans and for the affected businesses because of the damaging results of the pandemic.

The measures also contain about $82 billion for schools, colleges, and universities, $284 billion in Paycheck Protection Program loans, and $25 billion in rental assistance, an extension of the eviction moratorium.

Democrats were forced to abandon a push for nearly $160 billion in aid to cash-strapped states and cities because Republicans faced opposition. After President-elect Joe Biden takes office on January 20, 2021, Democrats want to see more reliefs approved in the next Congress session.

House Speaker Nancy Pelosi stated that she considers the relief package as a first step and more to be done and this will materialize under the Biden-Harris government.

What are the details of the Relief Package?

According to sum-ups of the legislation released by GOP leadership and Democrats, the key inclusions in the agreement are as below.

Senators Expressing Frustration with the Process

Senators from both Democrats and Republicans expressed frustration with the process in which the top 4 leaders of Congress reached an agreement and allowed the staff members of relevant committees to resolve the legislative issues with the aides of the leaders.
West Virginian Democrat, Sen. Joe Manchin and other senators from both parties approved a proposal that contained 16 weeks of the benefits. However, he was frustrated at how the negotiators agreed to unemployment benefits of $300 per week for just 11 weeks. He will have no ability to modify the legislation once the Senate approves it.

The spending bill of the government will keep federal organizations open until September 2021. The bill includes many tax breaks. The nonpartisan Joint Committee on Taxation projected the tax reductions were $150 billion.

US Congressional leaders integrated a $900 billion relief package with a government funding bill of $1.4 trillion to accelerate the proceedings. The legislation contains 5,593 pages. Moreover, it included a wide range of tax-and-spending measures reaching $2.3 trillion that makes it one of the largest bills Congress had ever considered.