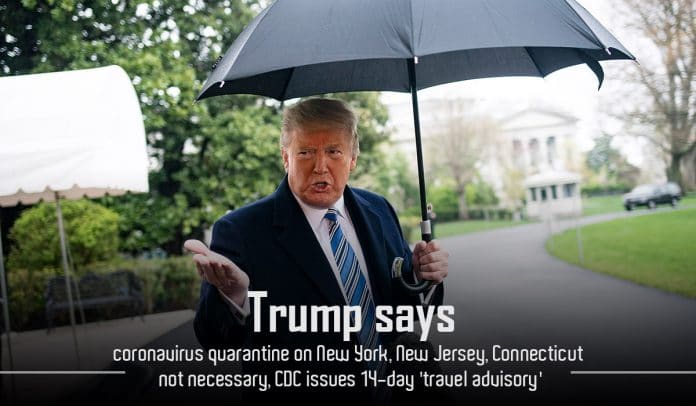 On Saturday, Donald Trump, the President of the United States, said that his administration would not issue a quarantine order on New York, areas of New Jersey and some of Connecticut as part of the efforts to control the COVID-19 spread. On his official account, he tweeted that a quarantine would not be necessary. In the evening, he said the U.S. Centers for Disease Control and Prevention (CDC) would later issue a travel advisory for these states.

Afterward, the CDC issued the Domestic Travel Advisory for people and urging them against unnecessary local travel in the tri-state region for fourteen days. Because of the widespread community transmission of coronavirus in the area, the department urges the citizens of New Jersey, New York, and Connecticut to avoid non-essential domestic travel for fourteen days effective immediately.

However, CDC defines that the advisory orders do not apply to employees of crucial infrastructure industries. Similarly, not limited to trucking, financial services, public health professionals, and workers of the food supply.

The CDC said these workforce have a special duty to keep normal work schedules. The Governors of New Jersey, New York, and Connecticut will have full authority to implement this CDC Domestic Travel Advisory.

A Quarantine will not Necessary

In a tweet, Trump said that after the approval from the White House Coronavirus Task Force, and upon discussion with the Governors of the three states, he asked the CDC to issue a strong Travel Advisory for these states in the consultations with the Federal Government and under the administration of the Governors. CDC will sooner release complete details of the advisory.

Earlier Saturday, Trump said that previously he was considering imposing an enforceable quarantine. Outside the White House, Trump said that some individuals would want to see the epicenter of COVID-19, New York quarantined, New York, New Jersey, might be one or two areas, some parts of Connecticut quarantined. 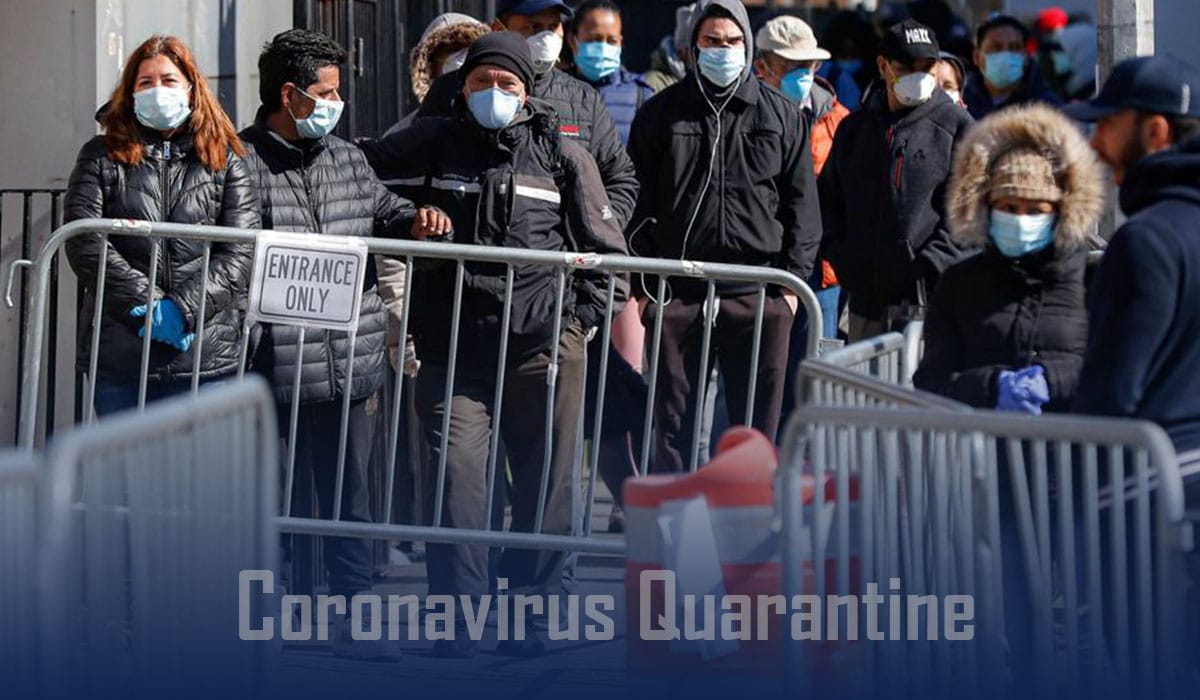 He tweets that he is thinking about that right now. They may not do it, but there is a possibility that they will do a quarantine – short term, about fourteen days for New York, New Jersey, and some specific parts of Connecticut.

I am giving consideration to a QUARANTINE of developing “hot spots”, New York, New Jersey, and Connecticut. A decision will be made, one way or another, shortly.

He said, in case of such a move, it would require mainly a restriction on people of those states traveling to other regions of the country. Later he said, if implemented, it would not affect trade or truckers. Trump said that he spoke to Andrew Cuomo, the Governor of New York and Ron DeSantis, the Governor of Florida, and said people from New York traveling down to Florida faced problems. They don’t want to do that.

Trump wants to Re-open the Country

The president also expressed his desire to re-open the country and get the United States back on a normal routine after several days of measures to restrict the outspread of the virus. He imposes restrictions on other countries such as China, the European Union, and Iran. The American administration also restricted unnecessary travel at the land borders with Mexico and Canada, but this may be the primary such travel restriction with in the United States.