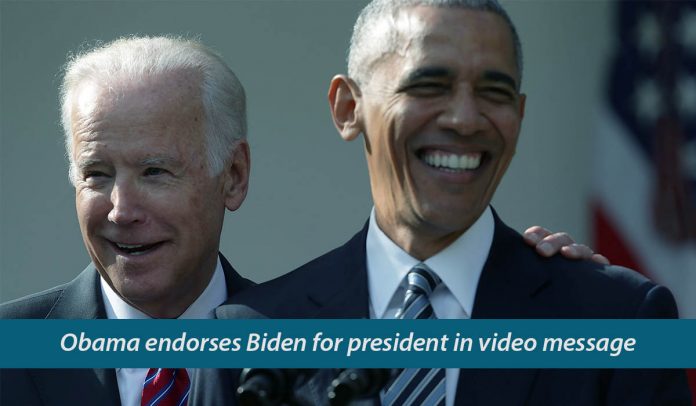 Barack Obama, the former President of the United States, formally endorsed the 47th vice president, Joe Biden, in a video message for the November presidential elections. He involved himself directly for the first time in the U.S. presidential race by influencing the supporters of Democrats across the ideological spectrum of the party to rally behind presumptive Democratic nominee and form a united front to defeat the President of the U.S., Donald Trump and win back the White House.

Obama will endorse his former vice president in a video message, offering why he believes Biden is the candidate needed at this moment of crisis in America. https://t.co/EtMJxI2Ora

Obama made a video message on Monday, but he posted on Tuesday, in which he praised the character and performance of Biden; he touted Biden as the best candidate to lead Democrats as well as country through all type of crisis such as ongoing novel coronavirus pandemic. Furthermore, the former U.S. President highlights the November election’s stake by arguing Donald Trump, as well as his party Republican in the Senate, have mainly interest in taking power, not have intentions to make progress for the U.S. nationals.

Obama further said in the eleven-minute endorsement video that they learned as a nation from the huge crisis moment that the spirit of seeking out one another couldn’t restrict to their homes, houses of worship, their neighborhoods, and workplaces. He continues by saying that the type of leadership that’s lead by experience and knowledge, grace and empathy, humility, and honesty – that type of leadership does not belong in the U.S. state capitols as well as mayor offices. It only belongs in the White House. That’s the actual reason that he proudly endorses Biden for the next President of the United States.

The endorsement of Obama unifies the former running companions and positions the former president, whose endorsement for the former vice president seen as an inescapable conclusion once Vermont Senator Sanders withdrawn his name from the race last week, one of the strongest rivals in the race against Donald Trump. Obama’s endorsement also marks the public recurrence of Obama into the U.S. political stage. He kept a low public profile during much of the Democratic nomination race, but he was actually active behind the screen.

After the publishing of the video, Joe Biden thanked Obama for his endorsement. He wrote the endorsement of Barack means the world to Jill and him. Mutually they are going to build on the growth they made together, he adds.

Two individuals having a close knowledge of Obama’s video said that he intends to endorse the former vice president and his friend. His video message designed to deal with this specific moment in the United States and across the world, mainly in the wake of the COVID-19 pandemic. Obama also directly spoke to the left-wingers, praising their courage during their movement before sketching why he believes they should embrace the candidacy of Joe Biden. Moreover, he offered his complete ethical support to Biden and noted what his candidacy meant for the chase of liberal ideals.

Obama criticized his successor without calling his name

Obama said that Bernie is a U.S. original – a guy who devoted his life to giving voice to the dreams, hopes, and frustrations of working people. He and Bernie have not always agreed on all the things, but they always shared an opinion that they have to make their country a fairer and more impartial society. Obama also offered some of his most straight criticism to Trump without calling him by name.

Obama says that everybody came to know one thing that the Republican is leading the White House as well as heading the United States Senate has no interest in the progress of the country. They have an only interest to keep them in power. Obama calls Trump a leader who has more interest in helping wealthy Americans in the time of deadly pandemic rather than average Americans. The former president argues that Trump and Senate Republicans consistently overlooked the country’s principles of the rule of law, voting rights, and transparency.

However, those comments he gave for loyal supporters of Biden against Republicans, also it meant directly at some liberal Democrats skeptical of Obama by mainly stressing the stakes of the November elections. Several Democrats who ran their presidential campaign also made the same argument during their campaigns, but leading Democrats believe it might become more influential coming from someone who formerly handled the decisions before the U.S. President right now.

In November, Obama said that he communicated with all the Democratic candidates during the campaign and usually advised them before they announced their bid and after they withdrew their name from the race. Advisers to Obama said that his advice usually the same: Consider why you believe why should be president of the U.S., what influence it will have on your family members and what you can win.

Obama has a deep affection for Biden

Obama said he would stand behind the final Democratic nominee, but everyone in the democratic presidential nominee list knows his deep love for former vice president. Biden even amusingly posted a tribute to Barack Obama on Best Friends Day in 2019, including a friendship bracelet that contains the names Joe and Barack. Though, that relationship between these two didn’t keep the former president from advising other Democratic candidates. 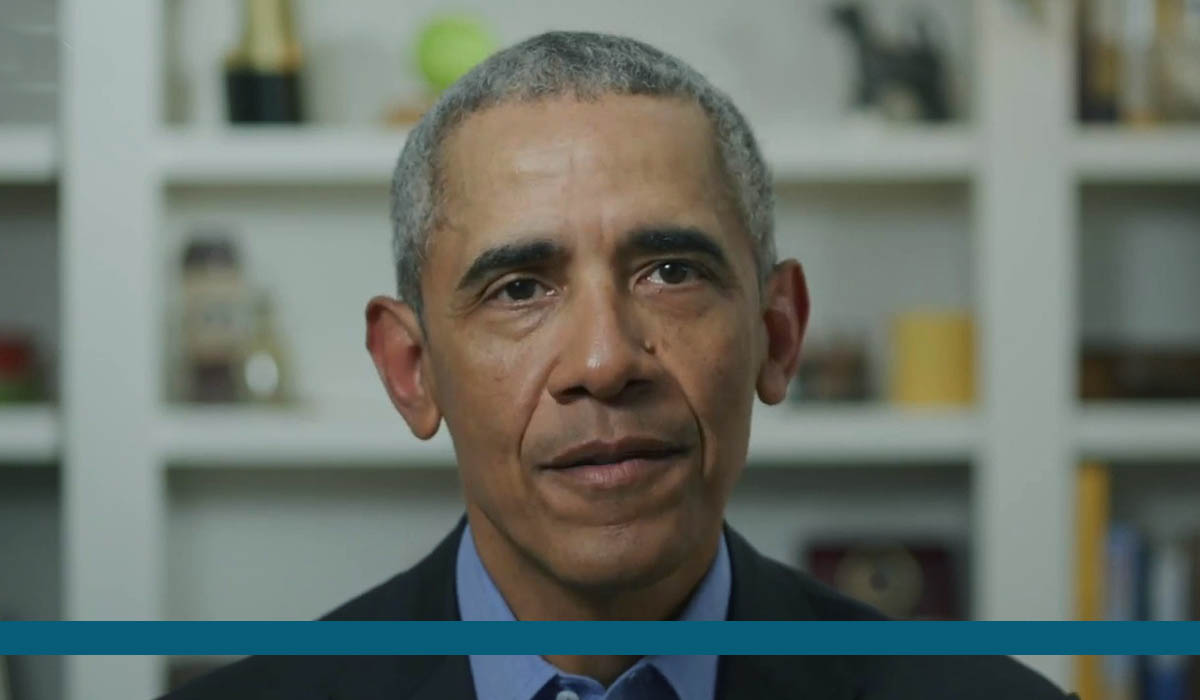 As Sanders made an effort to find out the future of his campaign, the Vermont senator and Obama spoke many times, a person familiar with the conversation said. Sometimes where the former president did speak out about the contest, Obama advised voters of worrying excessively about the staining nature of primary polls, retelling them that he and Hillary Clinton had a tough primary in 2008. Additionally, Obama told the contenders to avoid going until now left that they go out there where voters actually present.

In November, Obama said that his one advisory note for every candidate who is contesting at every level to pay some additional devotion to where their voters actually are. However, it is that time of the campaign, when some of the supporters of other Democratic candidates, especially Bernie Sanders supporters, felt that their hopes sunk once their candidate withdrawal his nomination, where a team of Obama believes Biden stands as the most useful candidate against Trump.