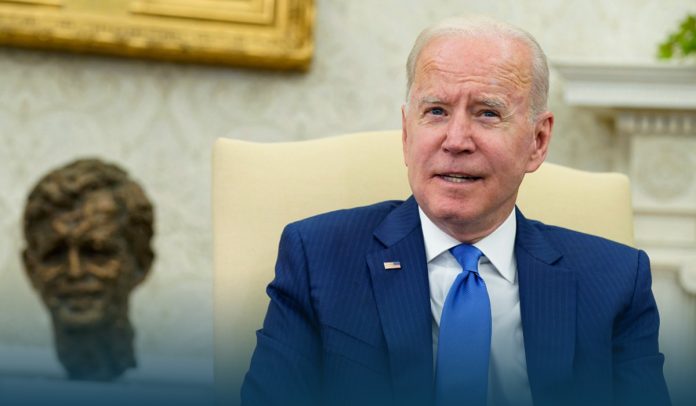 Five months into his presidency, the presidential approval ratings of Joe Biden remain healthy. However, on several critical matters, including relations with Russia and China, and immigration policy, the new Fox News survey signals that Biden’s approval rating is underwater with voters across the country.

Furthermore, in a Fox News poll conducted June 19-22 and publicized on Wednesday, Biden earned 56 percent approval for his performance overall while 43 percent disapprove him. However, he stood at 54%-42% in the past month.

According to the Fox News poll, Joe Biden’s approval stands at 64 percent for tackling the COVID-19 pandemic, where he is at ‘plus thirty’ points, with the disapproval of 34 percent. Moreover, President Biden’s job approval on the economy stands at 51-47%.

But coming to immigration policies, the US President’s stands at 41%-54%, where he is underwater by thirteen points.

Coming to relations with two of the country’s most powerful adversaries, China and Russia, the President is also underwater. When it comes to relations with China, Joe Biden stands at 39-54 percent, and with Russia, 42 percent of voters gave thumbs-up while 52 percent disapproved.

Joe Biden’s overall Job approval rating is increased by 93-7 percent among Democrats. While among independents, he stands at 55%-43%.

Nearly 78 percent GOPs disapprove of Joe Biden’s in-office job. However, only twenty-one percent approved Biden’s performance so far. Furthermore, fourteen percent of those who said they gave thumbs up for Donald Trump in November approved of President Biden.

When it comes to Biden’s Job approval on Foreign Policy, 56 percent gave thumbs up, while 43 percent disapproved of him of the job.

Comparing Mr. Biden’s 150 days into his presidency with his immediate predecessor in the White House, Biden stands up in Job approval rating. According to a RealClearPolitics poll, Mr. Trump was at 40 percent approval, and 54 percent of voters disapproved of the job in late June 2017.