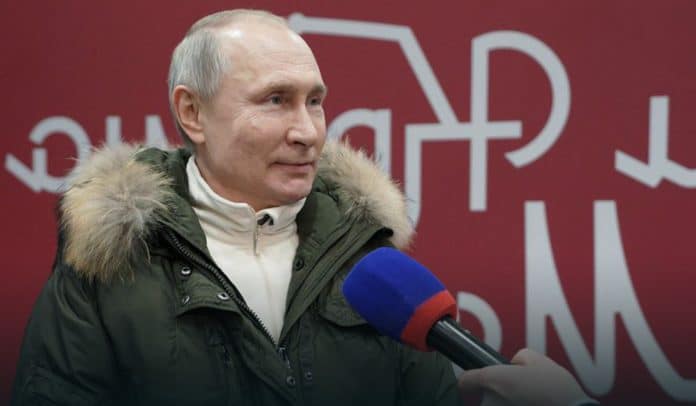 Russian President Vladimir Putin said Thursday that he and American President Joe Biden should hold live online talks in the upcoming days after Joe Biden said he thought the Russian leader was a killer and diplomatic tie sank to a new post-Cold War low.

Speaking on television, Mr. Putin cited a Russian children’s playground chant to scathingly respond to Mr. Biden’s accusation with the comment that he who said it, did it.

On Wednesday, in an ABC News exclusive interview that prompted Russia to recall its Washington ambassador for consultations, the US President said he does when asked if he believed Mr. Putin was a killer.

Joe Biden was quick to extend a nuclear weapons pact with Russia after he took office. But his government has said it will take a tougher line with Moscow than Washington D.C. did during Trump’s term in office and engage only when there is a tangible benefit for America.

Russian President said he had last spoken to Mr. Biden by phone at the U.S. president’s request and that he now proposed they had another discussion, either on Friday or Monday, to be held by video-link and live broadcast.

When asked in an interview about Joe Biden’s comments, Putin said that he wants to offer President Joe Biden that they continue their discussion, but on the condition that they do it live and online, without any delays. The two leaders last spoke by telephone on January 26, days after Mr. Biden took office.

Psaki says Biden has NO regret about Calling Putin a Killer

On Thursday, Jen Psaki, White House spokeswoman, said Mr. Biden had no regrets about calling Mr. Putin a killer and swatted away a question about Putin’s request for an immediate call-in public.

Psaki said that she would say the President already had a conversation with Russian President Putin, even as there are more world leaders he hasn’t yet engaged with. Moreover, the President will be in Georgia on Friday and also quite busy.

Vladimir Putin said he was ready to discuss Russia’s relations with the USA and other issues such as regional conflicts on Monday. Moreover, he said that he would be having a weekend break in a remote part of the Russian Federation.

In a very unusual move following Biden’s ABC interview, Moscow remembered its ambassador to the U.S. for consultations.

Putin said that Biden was blaming the Russian leader for something he was guilty of himself.

Russian President Putin then spoke about American history, talking about what he called the genocide of Native US people, slavery and the ill-treatment of Black people, and America dropping nuclear bombs on Japan at the end of World War II.

Putin said that Americans think that Russians are like them, but ‘we are different,’ we have a different genetic and cultural-moral code.

Mr. Putin added that they would work with Americans in the areas in which Russians are interested on terms that they [Russians] consider advantageous to themselves. Americans will have to deal with that irrespective of all their efforts to halt Russians’ development, regardless of the sanctions, and despite the insults.

Clashes between Biden and Putin

Ten years ago, when Joe Biden was vice-president to Barack Obama, Biden met Mr. Putin at the Kremlin when the current Russian President was temporarily serving as PM.

He recalled in an interview for the New Yorker some years later, Biden said to PM Putin that he is looking into his eyes, and he doesn’t think Putin has a soul. Putin looked back at Biden, and smiled, and said, they both understand one another.

Last year, before his election, Joe Biden had also referred to Putin as a KGB thug, referring to his past in the Soviet secret service.

Findings in the U.S. intelligence report

Released on Tuesday by the Director of National Intelligence Office, the fifteen-page report outlined what it said were influence moves pushed by Iran and Russia. It said Russian-linked individuals had spread unsupported claims about the US President Biden ahead of the November 3 election.

The report also stated a misinformation campaign had sought to undermine confidence in the broader election progression.

According to the U.S. intelligence Report, some people associated with Russian intelligence also pushed anti-Biden narratives to media outlets, senior authorities, and allies of Donald Trump.