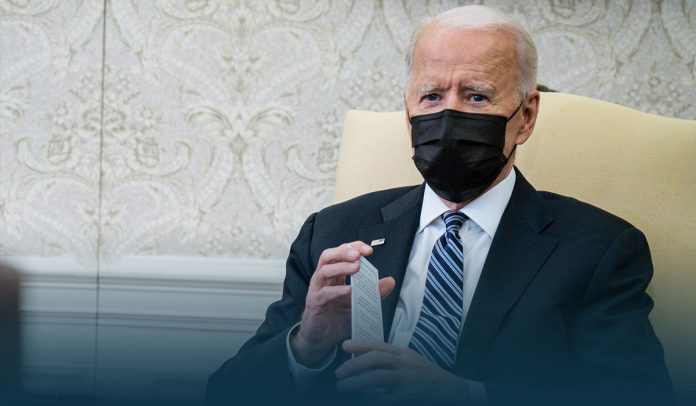 On Friday, Joe Biden, the President of America, pledged that Democrats would deliver on their plan as Congressional leaders make an effort to resolve divisions between progressives and moderates that have put way of a sweeping package and a separate bipartisan infrastructure deal in jeopardy. A few Democrats refused to support the proposal until a separate 3.5T dollars welfare and climate change bill is voted in.

In spite of House Speaker Nancy Pelosi’s pledge, the vote still was not held, but Mr. Biden insisted that the timeline is secondary to the bill content. Moreover, Biden told the media that it does not matter whether it is 6-minutes, 6-days, or 6-weeks; they’re going to get this done.

Where we are tonight, following President Biden’s visit to Capitol Hill.

POTUS told reporters: “It does not matter whether it is in 6 minutes, 6 days or 6 weeks. We’re going to get it done,” throwing timeline into further question. pic.twitter.com/tAK5SwgppP

President Biden told House Dems on Friday that there’d be no proceeding on his 1.2T dollars bipartisan infrastructure package until the party comes to a deal on the final form of the larger social safety spending measure.

In the meantime, the Chair of the Congressional Progressive Caucus, Rep. Pramila Jayapal, which had refused to go along with Nancy Pelosi to approve the bill until larger social spending legislation is passed in the United States Senate, acknowledged that they’re going to have to come down from their top-line request 3.5T dollars.

The bill would increase taxes on the rich and corporations, investing the money in many social programs, including universal pre-schooling, US government-funded 2-year college education, paid medical leave, and environmental spending.

Let me be clear: No hardworking American should be paying more in taxes than entire tech or oil companies. It’s long past time corporations pay their fair share.