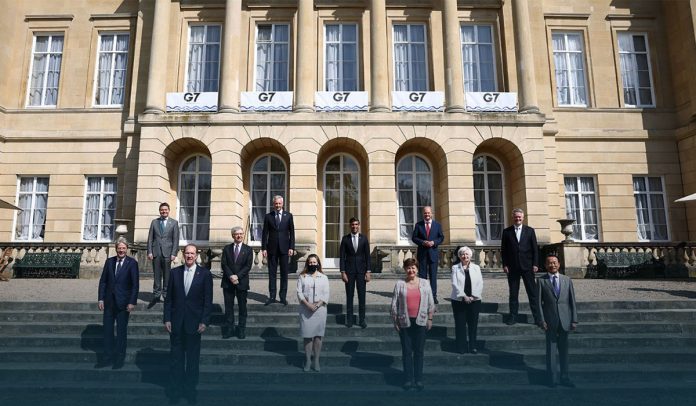 Most of the world’s countries have agreed to a historic treaty to make sure large firms pay a fairer share of tax at a minimum rate of 15 percent. The measure is now supported by all G20 and OECD member countries after initial holdouts Hungary, Ireland and Estonia, which all have low tax rates to attract global businesses, came abroad. Only four countries didn’t join the agreement; Sri Lanka, Pakistan, Nigeria, Kenya.

The Organization of Economic Co-operation and Development (OECD) proclaimed on Friday that 136 nations representing over ninety percent of international GDP have signed up to tax reforms that include establishing a fifteen percent minimum corporation tax rate, commencing in 2023.

Hungary, Estonia and most remarkably Ireland joined the deal on Thursday. It’s now backed by all countries in the OECD and G20. The nations that signed on to the global agreement represent over 90 percent of international GDP.

BREAKING NEWS:
136 out of 140 #OECD/#G20 Inclusive Framework members join the deal to reform our international tax system to make it fairer and work better in a digitalised, globalised world economy, including:
– All G20 countries ✅
– All EU countries ✅
– All OECD countries ✅

Ireland has a corporation tax rate of 12.5 percent, a significant factor in persuading firms such as Google, Apple, and Facebook to locate their European HQs in the country.

Furthermore, Mathias Cormann, OECD Secretary-General, said that the new deal would make their global tax arrangements fairer and work well. That is a significant success for balanced and effective multilateralism.

The latest 15 percent minimum rate would apply to companies with revenues of at least 867M dollars, which includes multibillion-dollar giants Apple, Facebook, and Amazon. Beyond that, the intergovernmental organization plan also specifies that multinational enterprises would have to ‘pay a fairer share’ of taxes wherever they do businesses no matter whether or not they’ve a physical appearance there.

A British politician Rishi Sunak said that the treaty would upgrade the international tax system for the modern period. He said that they now have a transparent path to a “fair tax system,” where major international players pay an equitable portion wherever they perform business. The OECD has led talks on a minimum rate for years.

The OECD stated nations involved in the accord would intend to sign a multilateral convention in 2022, with effective executing the plan of the tax reforms in 2023.

Moreover, the 38-nations organization stated that the agreement could bring in an additional 150 Bn dollars of tax yearly, boosting economies as they recover from fatal COVID-19.