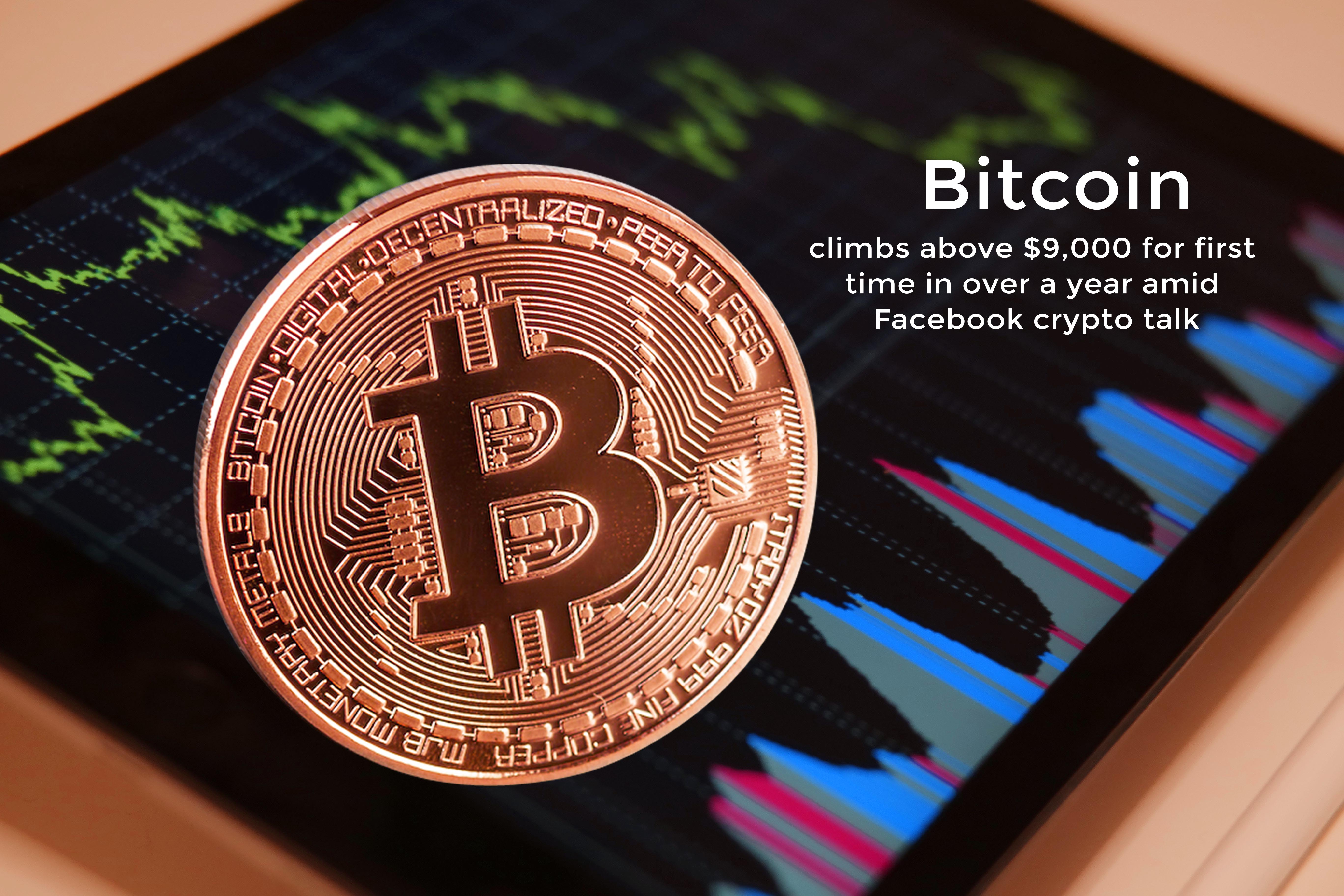 Bitcoin jumped over $9,000 mark on yesterday, get a boost after the news circulation from Facebook to launch its own cryptocurrency very soon. According to CoinDesk’s bitcoin price index, the largest digital coin of the world reaches as high as $9,381.82 during the last 24 hours. Last year in May, bitcoin hit last time a high level of $9,000. Since the start of 2019, bitcoin is up 140 percent.

It pared achievements somewhat on Monday although dropping 1.6 percent to $9,147.64. It is about more than one year there were rumors that Facebook is working on launching its own cryptocurrency. Various news agencies and channels leaked out the internal Facebook details of the particular venture. Among those one news channel said that Facebook is offering its employees to take their wages in the form of FB new cryptocurrency.

Professionals are expressing their views by saying that the involvement of big giants like AT&T and Facebook in the crypto space will assist in lifting sentiment because it offers a degree of legitimacy to the crypto industry long plagued by the dialog of illegal activity, regulatory scrutiny, and speculative trading. Last month AT&T said that they are going to accept the payments in the crypto form in coming days through a partnership with BitPay.

At RBC Capital Markets, analysts said a few days later that they believe the virtual currency of Facebook may stands among one of the most significant initiatives in the Facebook history, by giving it a chance to get in more revenue and engagement.

Google Decided to Shut Down its Ethics Board