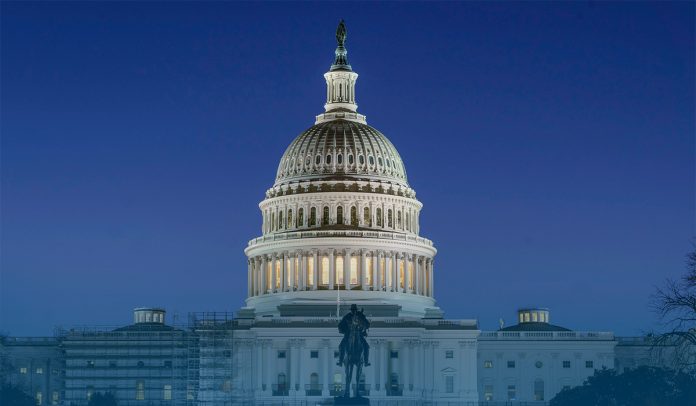 On Monday, Democratic Sen. Chuck Schumer and Republican Sen. Mitt Romney said that the United States Senate had struck a slimmed-down 10B dollars deal for fighting against COVID-19, but the move dropped all funding to assist countries worldwide in the battle against the deadly coronavirus pandemic.

Democratic Sen. Chuck Schumer, Majority Leader of the U.S. Senate, said that the agreement would offer the administration ‘the tools to counter COVID-19 they need’ to continue combating the fatal disease caused by the lethal Coronavirus. In addition, GOP Sen. Willard Mitt Romney proclaimed budget savings in the move that he stated meant it wouldn’t cost the US people a single extra dollar.

According to the fact sheets distributed by the two top Senate bargainers, Mitt Romney and Chuck Schumer, at least 50% of the measure would’ve to be spent researching and manufacturing therapeutics to treat the Coronavirus disease. Moreover, according to the descriptions, the funding would be used to purchase COVID-19 tests and jabs. At least 750M dollars would be used to research the newly emerging contagious of SARS-CoV-2 and to expand jab manufacturing.

Furthermore, the deal comes with leaders of both parties anticipating to proceed the measure through the United States Congress this week, before legislators leave for a 2-week Spring Break. And the agreement also comes with BA.2 sub-variant of extra virulent Omicron, likely to shoot a new surge in the American coronavirus cases. Nearly 997129 people in the United States and more than 6170555 people all over the world have lost their lives amid fatal COVID-19, according to the data by CSSE at Johns Hopkins University.

The U.S. Senate Majority Leader accused the Republican Party of the lack of global COVID support, saying he’s disenchanted that their GOP colleagues couldn’t agree to place the five billion dollars from a prior version of the legislation. Schumer noted that both GOP and Democratic members desire to craft another spending legislation in Spring 2022 that could contain money to fight against the coronavirus disease and hunger abroad and further ais for Ukraine as it continues strong resistance for their survival against Moscow’s brutal incursion.

The figure will be less than 50% of more than 22B dollars Biden’s White House had asked for and does not contain money for global efforts to fight the pandemic. Nevertheless, the President Biden administration has demanded for months the money is crucial to continue to provide treatments, tests, and jabs, should subsequent booster doses become essential.

On Monday, Jen Psaki, the White House Press Secretary, issued remarks urging the United States Congress to pass the ten billion dollars in money. However, it’s not as much as the Biden administration requested. The deal will need the favor of sixty members to pass the United States Senate. Previously on Wednesday, before getting his 2nd booster dose, Joe Biden, the American President, said of the COVID funding that this’s not partisan; it is medicine. He requested Congress to act now.