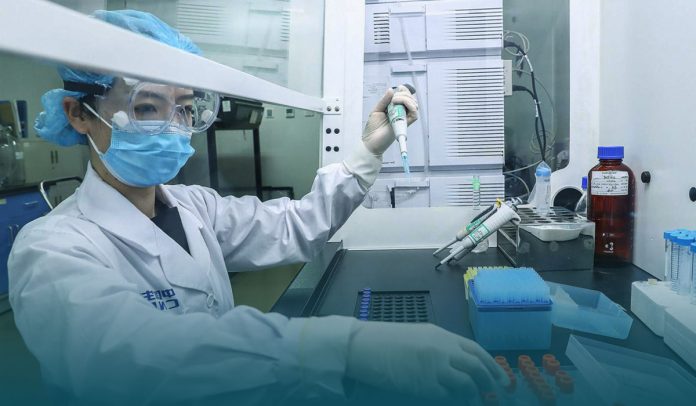 Sinopharm, a state-owned company, said its candidates had a 79.34% efficacy rate in an interim analysis of Phase 3 clinical trials.

On Thursday, officials announced that Chinese regulators had given conditional approval for general public use for a COVID-19 vaccine developed by state-controlled pharmaceutical giant Sinopharm. The declarations sent a green signal for the global rollout of Chinese vaccines lacking details.

Health official Chen Shifei told the media that China could grant conditional approval to use vaccines to cope with major public health emergencies and its benefits outweigh the risks.

The vaccine use approval comes after the United Arab Emirates became the first country earlier this month to roll out the Sinopharm vaccine to the general public. China remained slower than other countries in approving COVID-19 vaccines; it has been vaccinating its citizens for months with three different shots undergoing late-stage trials.

Vice-minister of China’s National Health Commission, Zeng Yixin, said that it had managed more than 3 million doses of vaccine on critical groups in the population since December 15. Zeng added that it’s on top of the 1.5 million doses administered on high-risk groups by the end of November 2020. According to the company’s chairman, nearly 1 million people had received a Sinopharm vaccine by November.

According to Zeng, fewer than 0.1% of recipients developed a light fever, and about 0.2% developed relatively serious side effects such as allergies. On Wednesday, Beijing Biological Products Institute, a Sinopharm subsidiary, said that people who received two doses produced high-level antibodies. However, it gave no details on the data, likewise the trial size and the side effects.

China’s Sinopharm vaccine is less effective than those developed by Pfizer-BioNTech and Moderna, which have an efficacy rate of 95%. However, Russia says its Sputnik V vaccine has 91% efficacy.

On Wednesday, the United Kingdom became the first country to approve the Sinopharm vaccine for public use. The vaccine has a higher efficacy rate than the one developed by Oxford University and AstraZeneca, having an average of 70%.

China is ready to send millions of doses to countries that have conducted Phase 3 trials for its leading vaccine applicants. Chinese officials have also assured a growing list of developing countries’ priority access.

China has four coronavirus candidates that have reached Phase 3 clinical trials, other than approved by Sinopharm. China has mostly eliminated the spread of coronavirus inside its borders. However, Chinese drug manufacturers had to look abroad to test the efficacy of their vaccines. They have rolled out last-stage trials in almost 16 countries. Sinopharm’s two vaccine applicants have rolled out Phase 3 trials in ten countries, typically in South America and the Middle East.

Sinopharm’s vaccines do not require freezing temperatures for their storage like Pfizer-Moderna, making transport and distribution much relaxed, particularly in developing countries that lack cold storage capacities.

Sinopharm chairman Liu Jinzhen said last month that dozens of countries have requested to buy its vaccines. Liu Jinzhen did not name the countries or elaborate on the number of doses they wished-for; however, he stated that CNBG could produce more than a billion doses by the end of 2021.