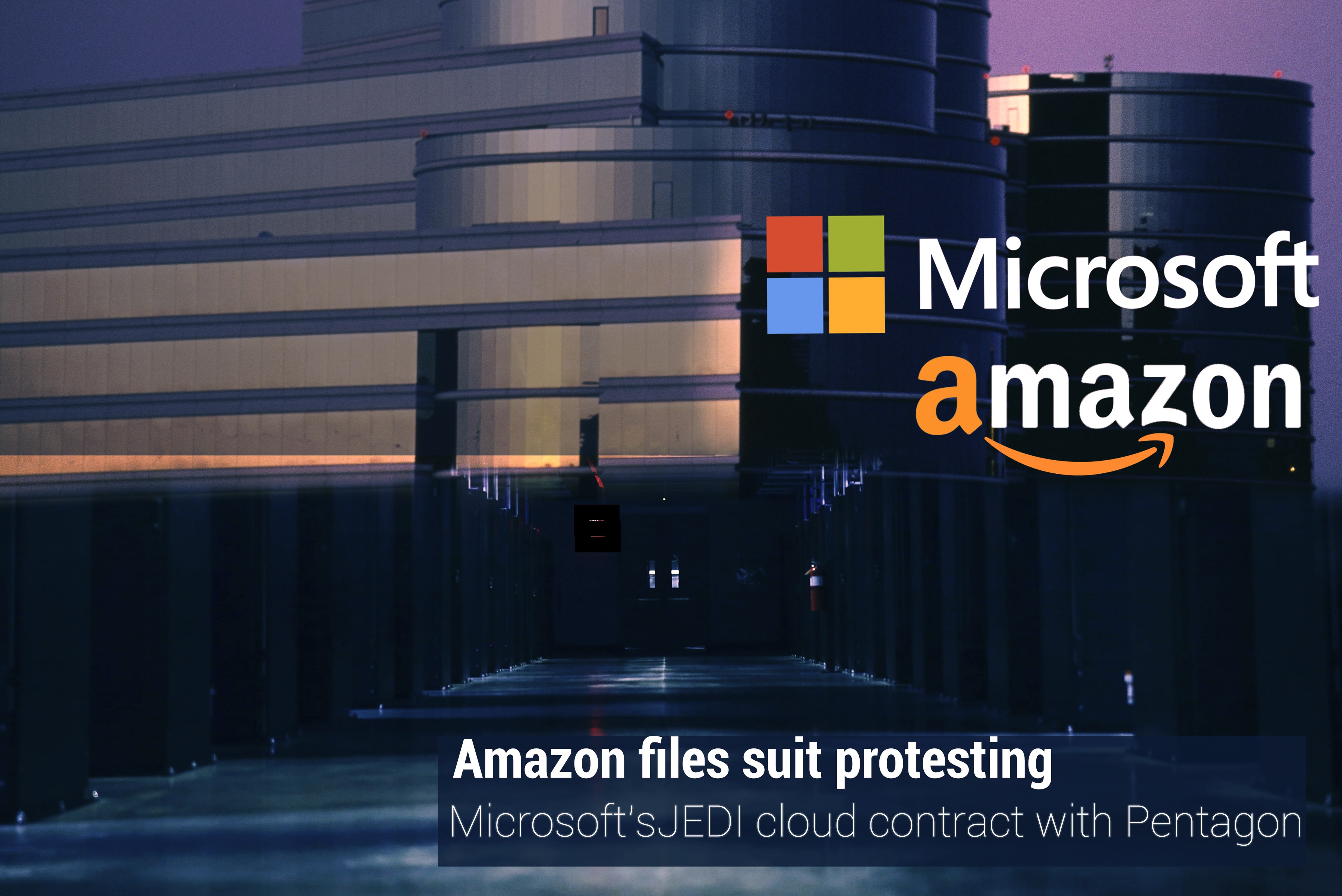 On Friday, Amazon Web Services confirmed that it filed a lawsuit protesting the decision of the Defense Department to give Microsoft the main contract for cloud services. The Joint Enterprise Defense Infrastructure (JEDI) accord that might have worth $10 billion and contested hotly and marks a major win for Microsoft as it beat AWS in cloud infrastructure. The eminent process becomes controversial because of the personal involvement of U.S. President Donald Trump by opposing to awarding of the contract to Amazon. Though, Jeff Bezos, the CEO of Amazon, is on the target list of Trump’s attacks as an owner of the Washington Post.

On the other hand, Amazon submitted Trump’s videos to the Court of Federal Claims handling the bid protest. The complaint against the contract is not publicly accessible. Amazon told the concerned court while seeking a protective order that the complaint along with the related filings comprises of source selection sensitive information, in addition to trade secrets, proprietary information of AWS and sensitive financial info, the public release of which would become the basis of severe competitive harm for either party. The information in this bid complaint likely will have similarly confidential information.

In an announcement, Pentagon said that Microsoft had won the contract on 25th October, 2019. Later on, Amazon stated that it got amazed that Microsoft got it. Last week Amazon announced that it would protest against the award and said that the process had contained mistakes and biases. A spokesperson of Microsoft told CNBC via an email on Friday that they have full confidence in their capable staff at the Department of Defense, and the pieces of evidence will reveal they ran a thorough, detailed, and fair process in determining the requirements of the warfighter best met by Microsoft.

IBM and Oracle hunted to win the Contract

Oracle and IBM also made their efforts to win the contract but later removed from the consideration. The particular case regarding the contract allotted to Judge Patricia Elaine Campbell-Smith. In a filling, Amazon said that by handover the case to another judge Eric Bruggink, might conserve judicial resources and encourage the efficient administration of justice. The reason behind their demand is that Bruggink ruled on a bid complaint over JEDI that last year, Oracle filed. That case is now before the United States Court of Appeals for the Federal Circuit.

Tesla posted a 2020 1st quarter profit regardless of COVID-19