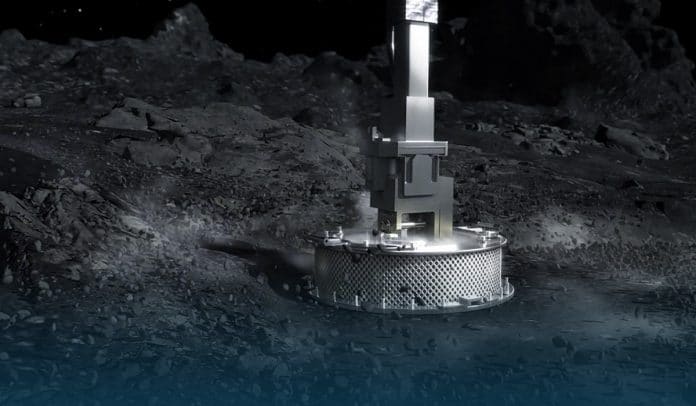 On Tuesday, the OSIRIS-Rex spacecraft of NASA successfully collected a sample from the near-Earth asteroid Bennu. According to OSIRIS-Rex principal investigator at the University of Arizona in Tucson, Dante Lauretta, some of the samples are leaking into space.

The historic collection of a sample from the near-Earth asteroid Bennu by NASA’s OSIRIS-REx spacecraft on Tuesday was almost too successful. Some of the sample is leaking into space, according to an official at a NASA news conference Friday. https://t.co/8VXO0JiR6O

He says, now, the major concern is that sample particles are escaping because the team is a victim of its own success. Large particles of the sample left the flap open, and particles are spreading into space. They are not moving fast, but even so, it is scientific material.

On Thursday, the mission team analyzed images taken of the collector head of the spaceship. It showed that a large sample was collected from the asteroid. It is allowing the sample particles to escape into space. The mission team of NASA is changing the course of the events planned for the spaceship this weekend. Moreover, it is planning to store the sample as early as possible, so the loss of little material.

Particles are escaping through small gaps

The researchers assess that it is continually losing between five and ten grams of material. That blistering floats in what is similar to a cloud of particles around the head. However, the team is not sure of the precise loss rate because it is not steady. The mission needed to gather a minimum of two ounces, or sixty grams, of the surface material of the asteroid.

Based on the analyzed images, the scientists confidently believe that the collector head on the end of the robotic arm of the space capsule actually took four hundred grams of material. And that is only what is visible to the researchers through the perspective of the camera. Whereas sample particles are escaping through small gaps where a Mylar lid, or flap, held open by big rocks at least a centimeter. Besides, the activities planned for the spaceship this weekend could cause further sample loss due to movement.