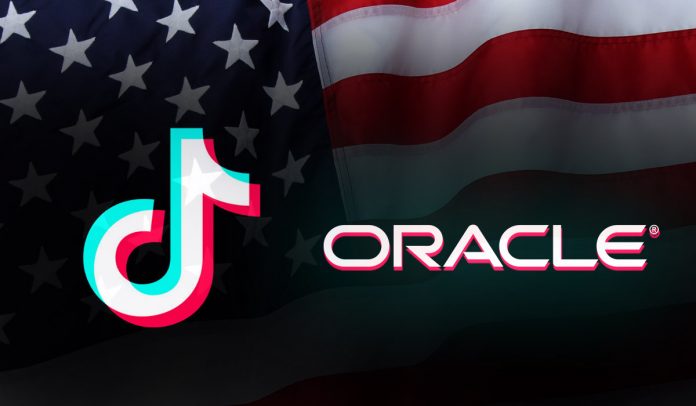 According to a source familiar to the matter, TikTok will become a business partner with Oracle in the United States. An agreement meant to satisfy the national security concerns of the Trump administration. The dialog of the sale started as U.S. President Donald Trump issued executive orders in August to ban TikTok. Furthermore, he demanded that its American operations spun off from ByteDance, TikTok’s Beijing-based parent company.

TikTok and Oracle will become business partners in the United States — a deal meant to satisfy the Trump administration’s national security concerns, according to a person familiar with the matter. https://t.co/m00qUN73r9

The detailed nature of the deal between TikTok and Oracle remains not clear. However, it is not described as an outright sale. The news about the deal came just after Microsoft denied in an announcement to acquire U.S. operations of TikTok from ByteDance. Microsoft shows its confidence in a blog post that its proposal is good for the American users of TikTok, with the safety assurance of national security.

Further, it adds that to ensure the service met the highest standards for privacy, security, online safety, and combating disinformation, they would make significant changes. The firm already made these principles clear in the August statement. ByteDance and Oracle denied responding on the request for comment on the deal. Trump and other United States representatives expressed that TikTok poses a threat to national security. While the app officials denied the allegation.

Should the partnership avert the TikTok ban in the United States

The agreement of TikTok with Oracle comes days before the ban on the app in the United States scheduled to go into effect. According to 6th, August Trump signed an executive order, the Commerce Department of the U.S. expected to explain which types of business dealings involving TikTok would prohibit the country after 20th September. Still, it is unclear whether the partnership of TikTok with Oracle will allow the app to avert the ban.

TikTok gained too much popularity in the United States and other western countries and became the first Chinese social media platform to gain significant addiction with users outside of its home country. According to analytics firm Sensor Tower, the download button pressed around 315 million times in the first three months of 2020. It is over quarterly downloads than any other app in the play store history.

TikTok said that its data centers located completely outside of China and that none of that data conflicts with the Chinese law. Whereas, an employee of TikTok challenged the pending ban in federal court. He is looking for a judicial decision to suspend the 6th August Trump executive order. A court hearing to petition scheduled for Tuesday. The app officials also sued the Trump administration on one of the orders calling it deeply politicized.

Structuring the Deal between TikTok and Oracle

Experts also highlighted other partnerships between the United States and foreign firms that assessed by authorities as possible templates. When SoftBank (the Japanese tech multinational) bought the seventy-eight percent stake in Sprint in 2013, both these conglomerates agreed to many conditions to address concerns regarding national security. A Sprint’s board new member appointed to supervise national security compliance. The United States Defense, Justice, and Homeland Security departments also given the authority to review and veto agreements for some specific types of equipment.

A senior vice president at the Center for Strategic and International Studies, James Lewis said that the primary focus for Oracle and ByteDance would on oversight, transparency, and how they structure it for U.S. citizens involved and the private information they have on them. Further, he adds that an intermediate entity could create to investigate the relationship of ByteDance with TikTok. The deal might also involve limiting what data ByteDance access to, or putting approved U.S. nationals on the board of the firm.

According to Harry Broadman, the former member of the Committee on Foreign Investment in the U.S. and the partner at Berkely Research Group, even if an agreement reached on how this business partnership should structure, the TikTok-Oracle deal will extremely complicated. Tensions between China and the U.S. are continuing to increase ahead of the United States 2020 election in November. The government of the United States aimed at many Chinese firms – from Huawei to TikTok and Tencent’s WeChat – that the U.S. President accused of threatening national security. On Monday, the state media of China intentionally reported that ByteDance wouldn’t sell the U.S. operations of TikTok to Microsoft to Oracle.