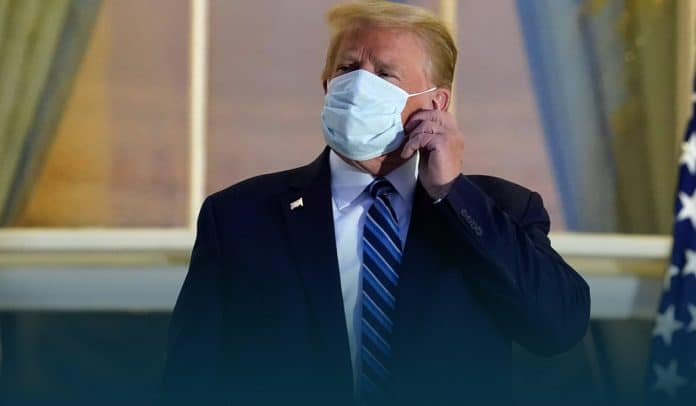 The US President, Donald Trump, has signed into law the massive $2.3 trillion COVID-19 relief and spending package bill on Sunday night, preventing a partial government shutdown. Trump had primarily refused to sign the bill, saying he wanted to give people more significant one-off payments. The delay meant that millions of Americans, for the moment, lost unemployment benefits. US Congress approved the package worth $900 billion after months of negotiation.

The passed bill will now restore the unemployment aids for near 14 million Americans who faced a delay in unemployment benefit payments and new stimulus cheques. They will now receive benefits for 11 weeks. Moreover, all those collecting jobless payments will receive a $300 per week federal boost through mid-March.

Donald Trump will leave office on January 20 after losing November 2020 election to Joe Biden, although he has refused to admit defeat.

Republican Senator Mitt Romney tweeted as he was relieved that the legislation had at last become law.

Relieved that this long-awaited, bipartisan emergency #COVID19 legislation has finally been signed into law. Help is now on the way to workers, families, and small businesses across the country who are desperately in need.

President-elect Joe Biden had warned of devastating consequences if Trump continued to delay signing the bill. On Saturday, in a powerfully expressed statement, Joe Biden categorized Trump’s refusal to sign the bill as an abdication of responsibility.

However, because Trump did not sign the bill on Saturday, those in the PEUC programs will probably not receive a payment for the final week of 2020. Moreover, the $300 federal enhancement may only last ten weeks instead of 11 weeks for most peoples.

On Monday, Congress passed the COVID-19 relief legislation and was flown to Mar-a-Lago, Florida on Thursday to await Trump’s signature. But remaining away during the negotiations, Trump emerged with a complaint that a separate provision in the deal at the last moment, which the Trump’s own White House helped broker, would only provide up to $600 in direct payments.

The bill puts nearly $30 billion into the distribution of COVID-19 vaccines. Moreover, the package ensures Americans can get shots for free. The measure also directs more than $20 billion to state coronavirus testing and contact tracing efforts.

Trump also wanted to send out $2,000 stimulus checks. Moreover, Trump took umbrage with certain items that were, in fact, from the omnibus spending package and which he had requested in his annual budget to US Congress.

On Sunday night, Trump indicated in a statement that he signed the coronavirus relief bill only after securing a commitment for the Senate to consider legislation to raise stimulus checks from $600 to $2,000.

Nancy Pelosi had seized on Trump’s call for $2,000 checks last week and brought a separate bill to the floor that would have increased the amount for relief checks on Thursday. Republicans objected to the bill over deficit concerns. On Monday, the Democratic-led House is set to vote on the increase of the direct payments.

The COVID-19 relief package extends two programs that were part of the historic expansion of the nation’s unemployment system that Congress enacted as part of the $2 trillion CARES Act in late March. Moreover, the PEUC program provided an added 13 weeks of federally paid benefits to those who run out of state payments, which typically last 26 weeks.

The programs officially would expire on December 31. The third CARES Act measure an extra $600 a week in federal payments expired at the end of July.

The new stimulus deal extends the two pandemic programs for up to 11 weeks. The relief package also expands eviction protection to January 31 and provides $25bn in rental assistance for those who lost their income sources during the coronavirus pandemic.

Donald Trump issued an implied veto warning, describing the package as a disgrace full of extravagant items. However, last Monday, the COVID-19 aid bill with the larger budget fully supported and passed by the House of Representatives and Senate.

The US President stated the relief bill that it has almost nothing to do with COVID-19. Still, the President had publicly maintained his opposition to the legislation by leaving small business support, jobless benefits, and relief checks for millions of Americans

The relief bill includes a payment of $600 to Americans earning less than $75,000 a year. President Trump stated that he wanted Americans to receive $2,000, but Republicans in Congress refused to change. Trump’s demand to send the measure back to Capitol Hill stunned legislators since he had stayed mainly out of the negotiations.

Moreover, Trump’s top financial adviser, Steven Mnuchin, Treasury Secretary, had proposed the $600 payments early in December, and many interrogated why the president had delayed so long to object.