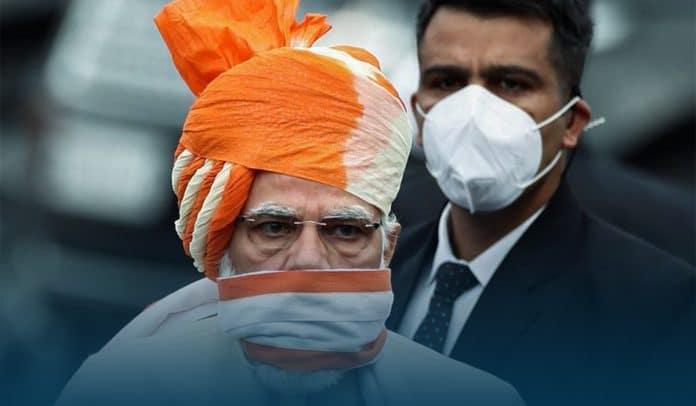 On Saturday, at least 5 people were killed and dozens wounded as police opened fire in eastern Bangladesh, a hospital doctor said, as the security forces attempted to quell protests against Indian Prime Minister Narendra Modi’s visit.

Hundreds of madrasas’ students clashed with police and border troops in the eastern Brahmanbaria district. Police stated they had to open fire to control the violence.

In Bangladesh, several Islamist groups accuse Indian PM of alienating minority Muslims in Hindu-majority India. The two countries issued a joint statement celebrating their cooperation and partnership, but the Bangladesh government did not comment on the protests.

A doctor at the state-owned Brahmanbaria General Hospital, Abdullah Al Mamun, told Reuters that they received 3 bullet-hit dead bodies and 2 others succumbed to their wounds later.

A local cop confirmed five had died but declined to be named as he wasn’t authorized to express to media. Bangladeshi police didn’t officially confirm the death toll.

Protests stormed across Bangladesh against the prime minister and over the police killing of Islamists who had demonstrated against his two-day official visit.

On Friday, four followers of the Islamist group, Hifazat-e-Islam, were killed after security forces opened fire when protesters allegedly raged a police station in the southeastern town of Chittagong.

Moreover, dozens were hurt in the capital Dhaka the same day when police used rubber bullets and lachrymator in clashes with protesters. Hundreds of Hifazat-e-Islam members and some other Islamist groups marched Saturday through Chittagong and Dhaka, protesting their followers’ deaths.

The group’s organizing secretary Azizul Haque told a rally in Chittagong that security forces opened fire on their peaceful supporters. Moreover, they wouldn’t let the blood of their brothers go in vain.

How Police Acted Upon

Hifazat-e-Islam, which translates as Protection of Islam, has called on Sunday for a countrywide strike to protest the killings.

Police official Syed Nurul Islam told AFP that they fired tear-gas and rubber bullets to disperse the protestors. There were almost 200 protesters. They have also arrested thirty-three people for violence.

Amnesty’s South Asia researcher, Sultan Mohammed Zakaria, stated that the right to peaceful protest has come under intensive attack, particularly during the COVID-19 epidemic, ending in this type of bloody repression.

On Friday, Narendra Modi landed his first international trip in Dhaka since the COVIID-19 outbreak in 2020 to celebrate the 50th anniversary of Bangladesh’s independence.

On Saturday, he left the country after holding talks with Bangladeshi PM Sheikh Hasina and gifting the country 1.2M coronavirus vaccine jabs.

The leaders from Nepal, Sri Lanka, the Maldives, and Bhutan have already attended the festivities, which started on March 17, 2021.

The social network said that Facebook services were unavailable in Bangladesh on March 27, adding it had serious concerns about how it was being restricted when effective communication was necessary to tackle the pandemic.

Facebook said in a statement that they’re aware that their services have been restricted in Bangladesh. Moreover, they’re working to understand more and hope to have full access restored soon.

The Bangladesh administration didn’t comment on whether it had blocked Facebook and its Messenger application, but it has previously used internet shutdowns as a tool to curb the protests’ spread.