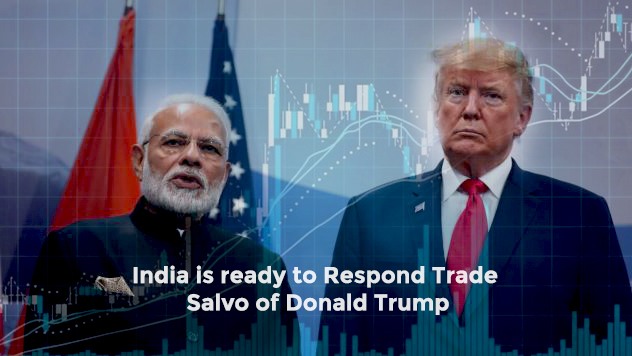 The decision of U.S. President Trump will end preferential trade status of India comes at a politically sensitive time for the land with an emerging market which is facing two domestic challenges. The first challenge is the coming elections of 2019, and it is unclear whether the current Prime Minister Modi will remain the PM of the largest democracy of the world or not. Whereas, Bharatiya Janata Party of Modi is also facing challenges from Congress, the opposition party of India and other growing regional parties.

Difficult for India to Face Trade War before Elections

Ambassador Robert Blake, currently leading McLarty Associates India & South Asia practice, said that it is not a good practice for India to face trade war before the general elections. On the other hand, India is also struggling due to the dispute with its neighbor country Pakistan after no. of clashes in the last month. Whereas the stiffness is now a little bit reduced, but several experts are saying that the overall situation is still in a tense atmosphere due to the presence of the military at the border of Kashmir. Because of it, the potential of an unpremeditated conflict between the two countries is increasing.

In spite of the out sized focus on the tensions with Pakistan and the looming election, wager of Washington of an increasing dispute of trade with India has not gone unobserved by New Delhi. The relationship between India and the United States defended in a statement released by the Indian Ministry of Commerce and Industry. After various positive initiatives, the buying of United States goods such as natural gas, coal, and oil got increased, and the deficit of trade between the United States and India reduced in last two years of 2017 and 2018.

Whereas the U.S. brings its 9th largest trade loss with India, the country still seems as an central growth market for big companies of United States like Netflix, Facebook, Apple and others due to one of the facts that economy of China slows down.

During the last couple of months, Indian officials and the mid-level United States have discussed methods to maintain the trade imbalance. But with the statement of the sources near to the Indian government, it revealed that New Delhi did not agree to budge, forcing the United States to respond with the Generalized System Preferences (GSP) withdrawal.

An extensive array of trade barriers implemented that makes severe adverse effects on commerce of the United States. Even though intensive engagement, India failed to take the necessary steps to meet the Generalized System Preferences criterion. Ambassador Blake told that the Generalized System Preferences announcement not vast disclosure for India given that tensions of trade have been building over time.

In 2017, India exported more than $5.5 billion of goods to the United States tariff-free under its GSP status. However, the Ministry of Commerce of India believes the influence of losing this status to limited, approximately a hit of about 190 million dollars. During the 2018 fall, India disclosed tariffs 0n United States goods of 240 million dollars but certainly not put them into effect.