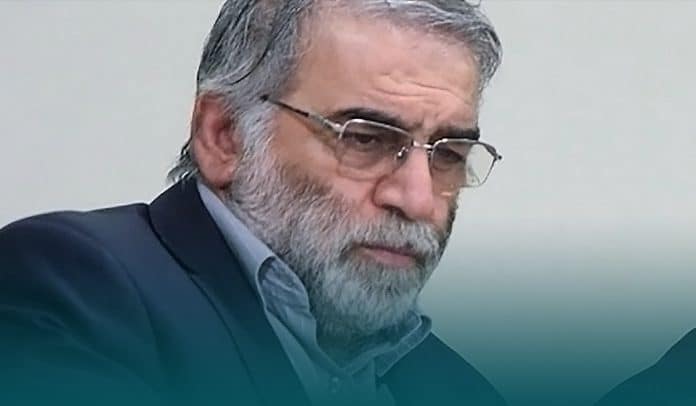 The top nuclear scientist of Iran killed Friday in an apparent assassination that the foreign minister of the country linked to Israel. Late Mohsen Fakhrizadeh considered one of the key members of the controversial nuclear program of Iran. He died after his car allegedly ambushed in a district east of Tehran. Photos and videos from the scene disclosed the crushed windshield of a car and blood on the road beside the car.

#Iran‘s top nuclear scientist was killed on Friday in an alleged assassination that the country’s foreign minister linked to #Israel https://t.co/hxpStlY0rT

The state media of Iran said that the killing appeared to be a killing. However, the Defense Minister of Iran, Brigadier General Amir Hatami, quoted by the semi-official news agency of Iran, Iranian Students News Agency (ISNA), as saying Fakhrizadeh targeted by gunfire and a vehicle explosion before the ensued firefight. Zarif, the Iranian Foreign Minister, also called the death a coward act with serious indications and involvement of Israeli role.

On the other side, Benjamin Netanyahu, the Israeli Prime Minister’s office, declined to comment to CNN. The nuclear scientist was head of the research center for new technology in the elite Revolutionary Guards and was the mastermind of Iran’s nuclear program for several years. Zarif tweeted that terrorists murdered the most important Iranian scientist today. This cowardice with prominent indications of Israel’s role – shows anxious aggression of culprits. Iran calls on the int’l community – and especially the EU – to end their disgraceful double standards and condemn this act of state terror.

Donald Trump, the President of the United States, retweeted Israeli journalist Yossi Melman. According to reports in Iran, Melman wrote that Fakhrizadeh-Mahabadi killed in Damavand, east of Iran’s capital. He was the head of the secret military program of Iran and wanted for several years by Mossad. So, his death is a big professional and psychological blow for Iran.

On the other side, the Trump administration says that it was deeply monitoring the apparent assassination. A United States official told CNN that the death would be a big deal. According to ISNA, many top Iranian officials condemned the deadly attack and threatened to hit back. Likewise, Hossein Salami, the head of Iran’s Revolutionary Guards Corps, released a statement calling the killing a terrorist operation.

According to the news agency, he said, the blind enemies of Iran, specifically the coordinates and planners of this cowardly terrorist act, must understand that such violence would not cause a single wrinkle in their collective aim to conquer bright scientific horizons. Moreover, be aware that the difficult retaliation awaiting them is already an essential part of their work.

International affairs adviser to Iran’s Supreme Leader Ayatollah Ali Khamenei, Ali Akbar, stated that his country would retaliate the blood of this great martyr from terrorist and their supporters. In addition, Major General Mohammad Bagheri, the Chief of Staff of Iranian Armed Forces, warned of severe retaliation against the assassins of Fakhrizadeh, according to state news agency IRNA reported.

Iran started to withdraw from its previous commitments to the 2015 nuclear deal in 2019, one year after the United States President Donald Trump withdrew his country from the agreement and unleashed disabling sanctions on Iran. The International Atomic Energy Agency documented many new breaches of the agreement. Earlier this week, Iran stated that it started injecting Uranium Hexafluoride gas into centrifuges at its Natanz nuclear facility.

Read Also: Khamenei calls Trump a ‘clown’ who will betray Iranians with a dagger