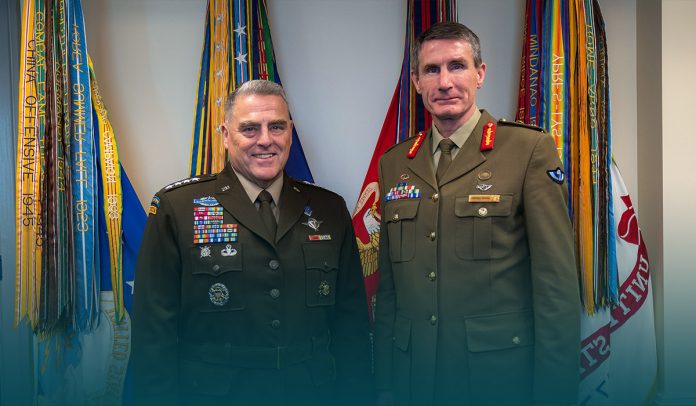 On Tuesday, Israeli Lt-General Aviv Kochavi made remarks in an address to Tel Aviv University’s Institute for National Security Studies. He said with the changing of US administration, Iran began resuming its previous nuclear program.

General Kochavi stated he wants to express his position of giving all his colleagues while meeting them worldwide. He added returning to the 2015 nuclear-deal or even to a similar agreement but with a few developments is a bad thing, and it is not the right action to perform.

The US withdrew from the nuclear-deal in 2018 under former US President Trump. Since 2018, Tehran has frequently violated its responsibilities under the nuclear agreement. Tehran declared in December that it had resumed 20 percent uranium enrichment at the underground Fordow facility. Earlier in January, Iran said it started developing uranium metal. Also, Iran started developing a fuel used in nuclear reactors that can also be used to produce a nuclear warhead.

Kochavi said that Iran had increased the amount of enriched nuclear-material beyond permissions. Moreover, Iran developed centrifuges that will permit it to rush forward and manufacture a weapon faster, within months, possibly even weeks.

On Tuesday, Iran claimed to confine short-notice inspections of suspect nuclear-powered facilities from the last week of February.

Kochavi spoke during a live-streamed address at the National Security Studies’ institute think tank’s annual conference. No one has any doubt. Iran expects, wants, recognized, and built the capacities necessary to be a military nuclear power, and possibly even use them when it decides it wants to.

Aviv Kochavi also warned a return to the Iran agreement would likely cause a nuclear-arms-race in the Middle East. Countries like Saudi Arabia KSA also see Iran as a significant threat. Moreover, it would seek to attain a nuclear weapon.

In Israel, the highlight of general Kochavi’s appearance was the declaration of IDF getting direction to refresh operational strategies regarding what to do if it needs to attack Iran because of its nuclear program.

After Trump switched from the nuclear deal in 2018, tensions in the Middle East quickly escalated after a series of attacks and military incidents.

Qasem Soleimani was the head of Iran’s elite Islamic Revolutionary Guard Corp’s Quds Force. He was also an architect of its regional defense apparatus. However, he was assassinated last January in an American air-attack near Baghdad’s international airport. The killing took the two countries to the war-edge.

Iran’s top nuclear scientist Mohsen Fakhrizadeh was killed in November in a brazen attack outside of Tehran in his car. Tehran made Israel responsible for that killing.