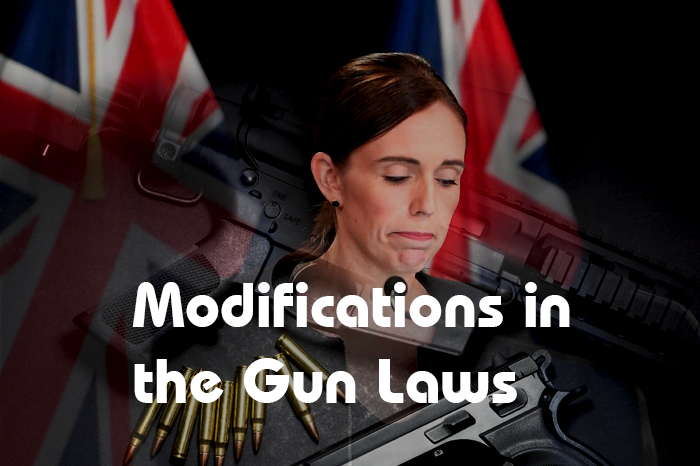 Australian national Tarrant killed 50 Muslims and several injured with his horrible shooting attack during the Friday Prayer in the Mosques of NZ. Nine people still hospitalized in critical condition. He equipped with the latest modified guns with the help of which he took many innocent lives. The killer appeared before the court one day after his terror activity. Modern and modified guns in the hands of a usual citizen raise a lot of questions for the current gun laws in New Zealand. The police officials also confirmed that the shooter used military-style assault altered guns to have a more deadly impact. The NZ’s Prime Minister, Ardern called the meeting for the gun reforms in the country, and she assured for the change in the laws.

After the cabinet meeting, Ms. Ardern called a press conference in which she said that hopefully, they would share the details about the reforms in the gun laws on 25th March. She further stated that within ten days of the deadly terrorist act they announced the reforms regarding the gun-laws. And she believes that those reforms will surely make their state safer from other terrorist activities. Furthermore, Ardern expressed that they have made a decision as a cabinet and they are unified. In an announcement, the prime minister told that an investigation would see into the lead-up violence and most probably have done uniquely.

Several public vigils held across all over New Zealand for condemning the attacks on Muslim worshippers and also further are planning in this week. On Monday, around 3,000 college and high school students made a vigil in Hagley Park which is adjacent to the Al Noor Mosque, the targeted place of the shooter.

One day later, the Prime Minister of NZ, Andern stated that the accused person got the gun license in November 2017 and he was the owner of five guns. Today, in the morning, Gun City, the gun retailer said that he sold the weapons to the shooter. But among them, there was not a high powered gun, the shooter himself modified the firearms. Whereas, Radio NZ reported that the police association of New Zealand demands to ban the semi-automatic weapons. Previously, the tries to restrict the laws regarding gun have failed because of hunting culture and the influential gun lobby.

The police commissioner said that the level of the threat throughout the country remains high. And for the sake of comfort level to every individual in the country the police and emergency service partners will continue to stay alert in coming few consecutive weeks.