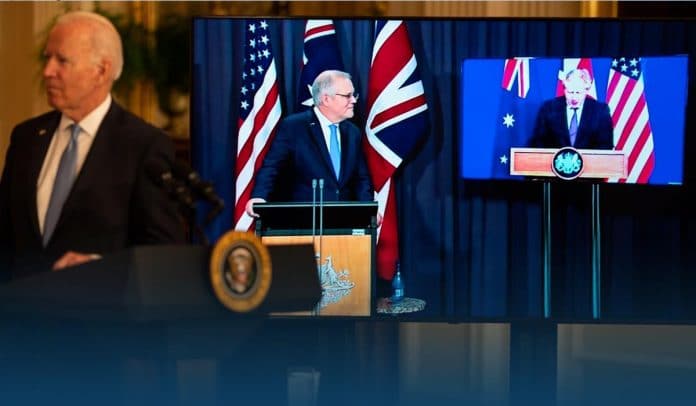 On Sunday, Scott Morrison, Australian Prime Minister, said Australia was remarkably concerned about the conventional diesel-powered submarines it ordered from France wouldn’t meet its strategic interests and that France knew well before Australia abruptly canceled the multi-billion deal in favor of nuclear-powered submarine technology with the United Kingdom and the United States of America earlier in the week.

Australian PM was pushing back on condemnation from Paris that Canberra left the country forsaken by secretly discussing the new three-country defense agreement known as AUKUS, even as he accepted telling Paris about the new pact only on the day of proclamation.

Last week, the United States leader disclosed a new security alliance, including the U.K. and Australia, to deliver an Australian fleet of around eight nuclear submarines.

Trying to elucidate the abrupt U-turn that caused great anger in France, the Australian PM said that while he understood Paris’ disappointment over the matter, “Australia’s national interest in leading important.”

Moreover, Morrison said at a press briefing that Australian national interest must come first and did so, and the three-nations alliance well serves the country’s interests he’s been able to create with Boris Johnson and Joe Biden. Australia’s choice to ditch the French deal and acquire nuclear submarines through AUKUS appeared to have taken Paris by surprise.

On Sunday, Gabriel Attal, the spokesperson for the French government, said that the French leader Emmanuel Macron would hold a telephone call with the American leader Biden in the coming few days to proceed.

Scott Morrison told the media on Sunday Australia had ‘deep and grave’ concerns that the capability being shared by the Attack-class submarines wasn’t going to satisfy their strategic needs. Moreover, they’d made evident that they’d be deciding according to their ‘strategic national interest.’

Can’t quite believe I’m writing this, but:
France is recalling its ambassador to the US and to Australia over submarine deal and #AUKUS agreement.
For such close allies, this is an extraordinary step

Furthermore, on Friday, France had recalled its top diplomats to Australia and America in nuclear submarines deal backlash. According to Jean-Yves Le Drian, French Foreign Minister, Emmanuel Macron made the exceptional decision of recalling envoys due to the gravity of the announcements on 15th September by the U.S. and Australia.

Paris strongly condemned the Australia-UK-US security alliance, dubbed as the AUKUS, with Jean-Yves Le Drian calling it ‘a stab in the back.’

Under the agreement of 66 Bn dollars with France, contracted in 2016, Canberra would’ve purchased twelve conventional submarines.