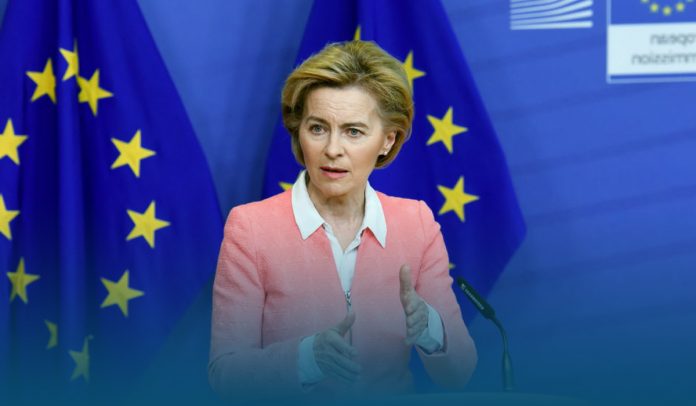 2020 was a terrible year for Europe, whereas, 2021 is unlikely to be much better for European Union. The year is only six weeks old, but 2021 is already revealing the EU’s inherent limitations.

While the European Union is no stranger to calamities, the past few weeks have thrown up problems that highlight the gap between Brussels’ grand ambition and its capability.

The things have been so unsatisfactory that two of the bloc’s most senior authorities have been called on to resign, while serious questions are being asked of the European Commission.

The most immediate issue is a coronavirus vaccine scandal. Earlier in the epidemic, Brussels realized that a vaccines’ rush could lead to rich member nations buying massive supplies and poorer states relying on their aid. It stepped in and secured settlements with producers at a better price than individual countries could negotiate.

Most EU member states were happy with this situation until the U.K. started inoculating faster than the EU. The European Commission decided to address this by publicizing a policy that threatened to create a border on the island of Ireland, risking the return of sectarian violence. Member nations were furious at not being consulted.

Neale Richmond, an Irish administration backbencher, said there had been niggling frustrations at the coronavirus vaccine rollout. However, when the Commission raised the prospect of triggering Article 16, everything blew open. They acknowledged it was wrong and reversed it, but it damaged the Commission’s authority.

Earlier this week, Commission President Ursula von der Leyen was dragged before the European Parliament to explain herself and told to resign multiple times. She admitted to MEPs that the EU made errors in its vaccines’ procurement, saying that they had been late with the approval and were as well hopeful on mass production. Ursula von der Leyen also expressed deep regret for raising concerns over stability in Northern Ireland.

Josep Borrell, her foreign affairs chief, also faced calls to quit after a terrible visit to Moscow. In that visit, the EU was embarrassed at a joint press conference with his opposite number, Sergey Lavrov. Mr. Borrell had been under pressure not to travel to Moscow just hours after the Russian opposition leader Alexey Navalny was sentenced to more than two years in prison.

A Budapest court upheld a decision on Tuesday by Hungary’s Media Council to take the nation’s last surviving independent radio station off the air. The Media Council members are elected by the Hungarian National Assembly, in which the Fidesz party has a majority.

Sophie in ‘t Veld, a Dutch MEP, said that the arrogance of power is paralyzing. The Commission behaves like a government and works with member nations’ governments, while the Parliament fails to hold them to account. The truth Borrell and von der Leyen got away with these errors challenge the whole European Union.

The word “arrogance” usually comes up when speaking with sources. Former Commission officials explained that they let their own rhetoric on what could be done get out of control on vaccines.

Brussels can now be blamed for everything that goes wrong, even though member states handle the vaccine rollout. A Commission spokesperson supported their discussions around vaccines but accepted that member nations are frustrated at the speed of rollouts in the UK and Israel.

Nations indeed have varying qualities of health facilities, and some will inoculate faster than other countries. However, criticizing Brussels is a popular pastime of European administrations when things go wrong.

The Commission has no real authority and can only function in an organizational capacity in many policy areas. The former official adds that there is no need to get stuck making grand statements in areas like foreign policy when in reality, national interests can scupper your entire plan.

The way power works inside the EU often perplexes outsiders. The wealthy nations call the shots on most matters.

Daniel Kelemen, Jean Monnet Chair in EU Politics at Rutgers University, said when Greece needed bailing out, Germany insisted on austerity. It is the economic priorities of France and Germany that trump the concerns for human rights when striking agreements with China.

The effect this has on Europe’s foreign policy is significant. Stubb, the former Finnish premier, said they have 27 member nations acting in their national interest. They have diplomats briefing journalists on every statement they make and have to coordinate foreign policy that does not exist.

Kati Piri settled that much foreign policy reacts when something terrible happens but pointed a finger specifically at Paris and Berlin. She said that with Turkey, Russia, and China, they put out statements when there are human rights abuses but underscore economic cooperation. That will not change so long as the most powerful member nations put their economies ahead of moral imperative.

Daniel Freund, a German MEP, says when nations like Hungary were joining the organization, Brussels could use money and other trinkets to build up democratic standards. But after they were in, punishments for backsliding could have implications for other member states.

The European Union is a hybrid ecosystem that, when working appropriately, has an administrative branch that drives joint policy in areas that make sense. The EU member nations then shape that policy before the Parliament scrutinizes and approves it.

However, critics believe that as different institutions sought greater power, the Commission has drifted into a position where it has massive influence in the Brussels bubble but works at the behest of members, while the Parliament is disrespected.

Several Europhiles are desperate for reform that makes Europe more fit for purpose. The EU is often seen as a positive project built on unity after centuries of conflict when viewed from the outside. Still, many who have taken a closer look understand that as it stands, the EU is a bit of a basket case whose internal power strains prevent it from being a real global power in the 21st century.